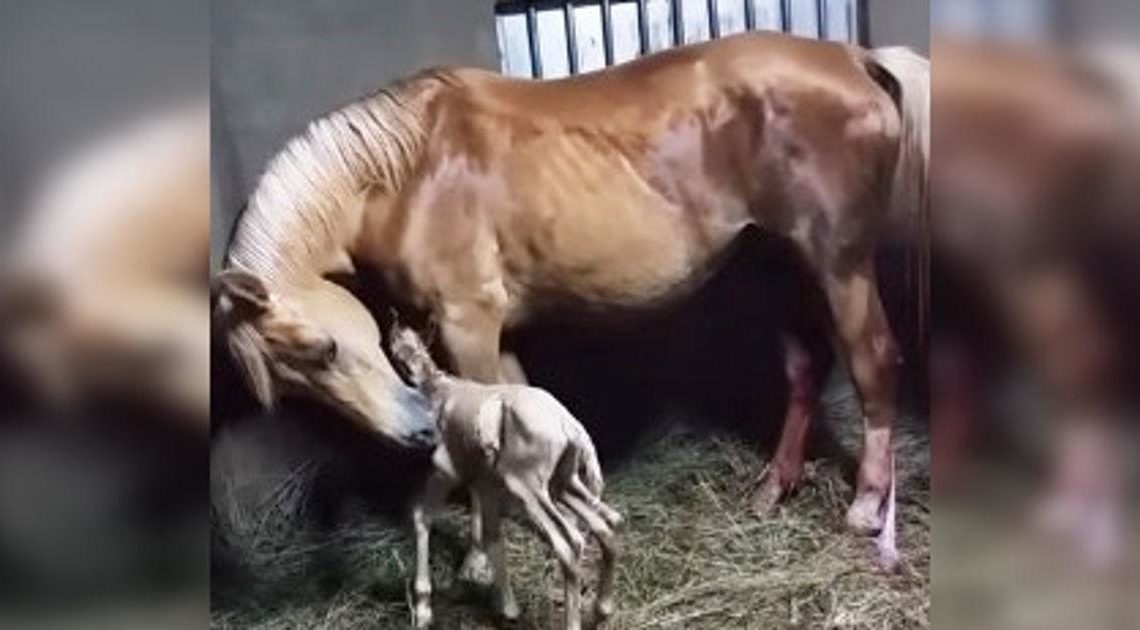 Saratoga Stud is a horse farm in Natal Midlands, South Africa that was founded by a woman named Jenni B. She wanted to make sure that horses in the area had the care that they needed and that they could find a suitable home where they could run free.
One of Jenni’s mares became pregnant and delivered a stunning surprise in 2014 — she unexpectedly birthed a second horse right after the first one. 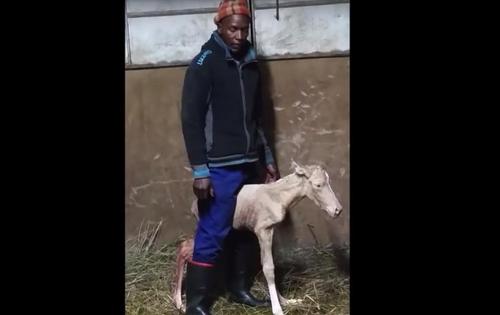 Jenni and her husband Guy worked late into the night when Treliver D’Aquitaine (a.k.a. Daisy), a horse imported from England, went into labor, according to the video’s description. The mare was overdue by about seven days, so Jenni knew that it could be a long night as she delivered the baby.

Soon after Jenni and Guy arrived at the stable where Daisy was housed, she delivered a beautiful colt. Daisy was rather large while she was pregnant, so Jenni was surprised that her colt was on the small side. However, the horse seemed happy and healthy, so Jenni went about caring for the mother and her baby. 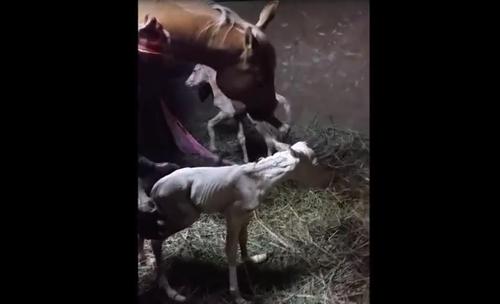 According to their YouTube video, while Jenni was caring for the baby her dogs alerted her that something was happening. After examining Daisy, Jenni discovered that the horse was going to have another baby!

She could see the feet as they were coming through the birth canal. Unfortunately, the baby was in a breech position. Daisy lay down so that it was easier on her body to deliver the baby, but she wanted to turn her attention to her new colt instead. 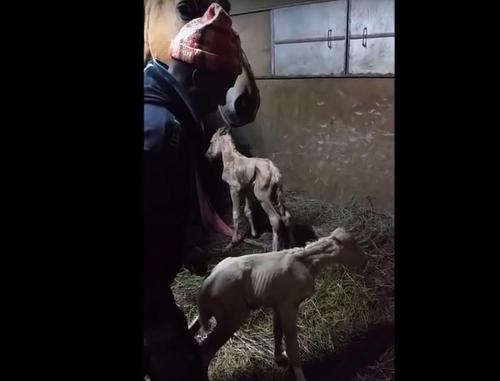 Daisy soon gave birth to a beautiful filly named Duet. The horses are together all the time as they walk in the pasture, eat grass, and drink water.

Jenni provides more information regarding the birth in her YouTube description. She writes, “Our dogs were barking at the house, so Guy went down to see what was happening, and the afterbirth started coming out.” She continues by writing, “I felt inside her and felt two feet, Guy got back to the stables, and I told him to pull out the second baby as quickly as possible […O]ur hearts stopped watching to see if the second foal would be alive and she was!! She was breathing…. Daisy had had a second foal, a cremello filly! She was tiny but strong and a fighter, wanting to stand within minutes and ready to drink once standing.”

According to Jenni’s YouTube description, both colts were in good health following the birth.

Since Jenni uploaded the birth on YouTube, it has spread across the Internet like wildfire. As of early 2021, it has amassed more than 2 million views, 2,000 likes, and 150 comments. Who knew that horses were so popular on YouTube? But if the comments are any indication, it seems like there’s certainly an audience for interesting horse videos.

“My stable has twins to!” one user commented. “They are both paints and have separation anxiety. You only need to put one on a lead line and the other will follow and they will not leave each other’s side unless there’s food, but they still won’t leave unless you bring it closer so it can be with the other.” 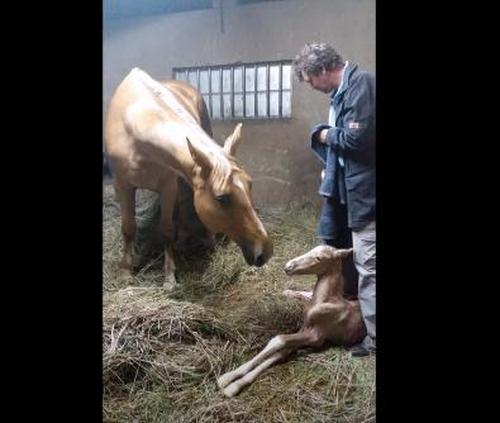 Another commenter marveled at the beauty of the video, writing, “Aww babies…Beautiful mama; she’s so calm! It’s a marvel to me that animal babies can stand at all, right away. After being all tucked in like a ball in their mama’s womb; they’re rudely ejected out in this weird environment, and boom they stand up. When they’re all legs, like foals are, too! How the heck long does it take a human baby; a year!”

As it turns out, horse births — especially when twins are involved — are fascinating. According to the American Association of Equine Practitioners (AAEP), the gestation period for mares is about 11 months. During that period of time, you just have to sit and wait. But once it’s time for the mare to give birth, caretakers have to make a couple of preparations. The AAEP advises that caretakers ought to be present during the birth — also known as “foaling.” However, they also note that you most likely just have to sit quietly and watch, given that horse births are fairly uncomplicated affairs.

The few preparations that are important include making sure the mare has a comfortable, safe, and clean place to give birth and ensuring that the baby is adequately fed. Interestingly, letting the horse give birth in open pasture is also an option because “an open grassy area is likely to be cleaner than a stall and provides a healthy environment with adequate room to foal.”

Another important aspect of foaling to keep in mind is that the offspring need to receive what’s called “colostrum.” According to the AAEP, “colostrum” is the mother’s antibody-rich milk. What’s fascinating about colostrum is that it provides the foal with “passive immunity” during the first phase of its life. Therefore, colostrum is essential to the foal’s good health — at least until the baby’s immune system is strong enough to fend for itself. In cases where the foal is too weak to nurse or the mother isn’t able to give the baby milk, caretakers may have to milk the mare themselves in order to provide the colostrum within the first eight to 12 hours of the baby’s life.

Jenni, it seems, is aware of how important this step is. In the below video’s description, she writes, “I bottle fed [the baby] colostrum from Daisy every two hours in a bottle for the first day and supplemented her milk intake with a bottle until she wouldn’t suckle from the bottle anymore and we could see she was drinking from mom well enough.”

Luckily, as one viewer commented, it seems that the horse twins are in good hands with Jenni and Guy.

“That was lovely,” the viewer wrote. “The mare must have really trusted the guy to let him touch her tiny foal like that. Shows what a trusting mare she is and what a good relationship she must have at the stables to know that they are there to help.”

What did you think about this amazing surprise? Have you had any similar unexpected surprises? Let us know — and pass this on to somebody to make their day!