After losing her entire family, a tiny kitten fights a losing battle to try and survive on her own! 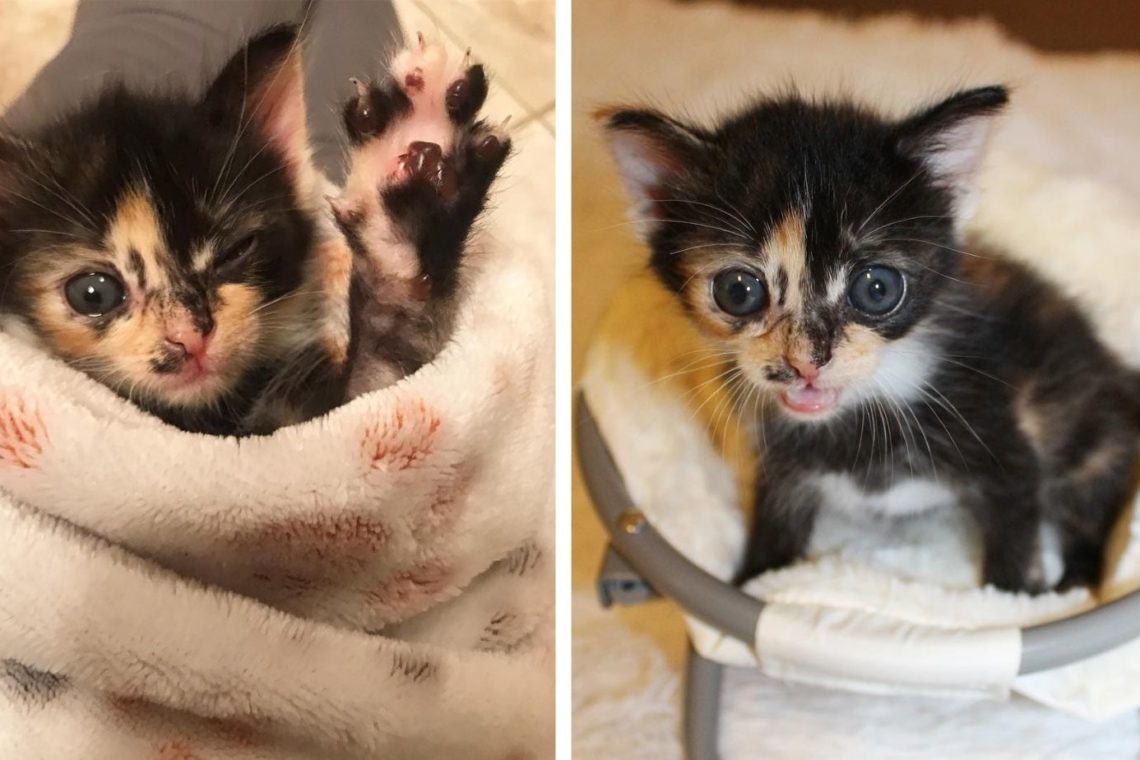 AFTER HER LOSING HER FAMILY IN A TERRIBLE ACCIDENT, A TINY KITTEN FINDS HERSELF ON HER OWN FOR THE FIRST TIME IN HER LIFE, TRYING TO FEND FOR HERSELF.
Thankfully the tiny calico was found in time and rescued by Kelly Foster Kittens, a rescue center in Greensboro, North Carolina. No longer on her own she now has a team of people willing to do everything to make the rest of her life a thousand times better than the start! 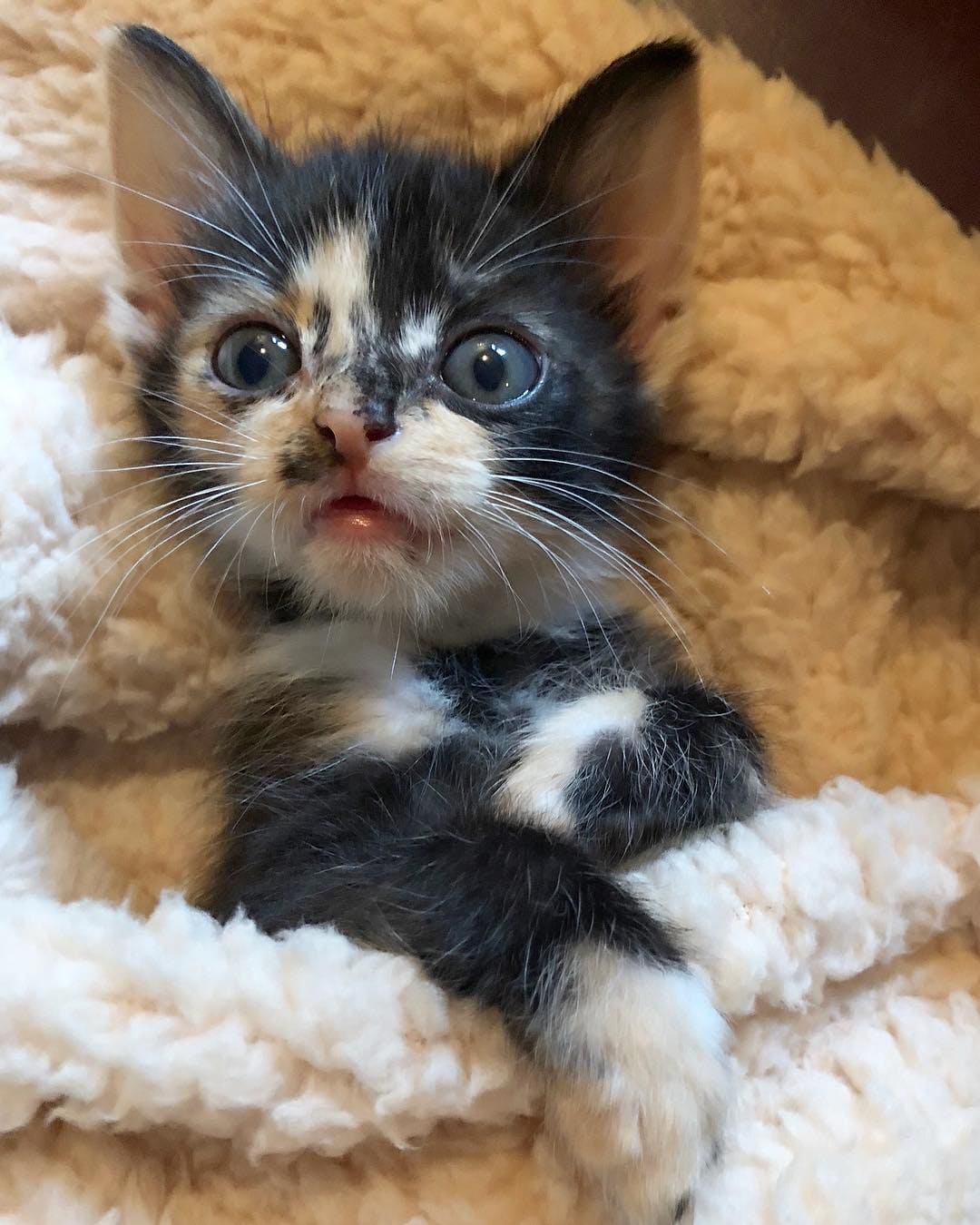 Penelope as she was named, was soon found to be a playful kitten, loving her bottle, and making up for the lack of a mother’s love by snuggling and cuddling with her human family. Being so cute, how could her humans say no 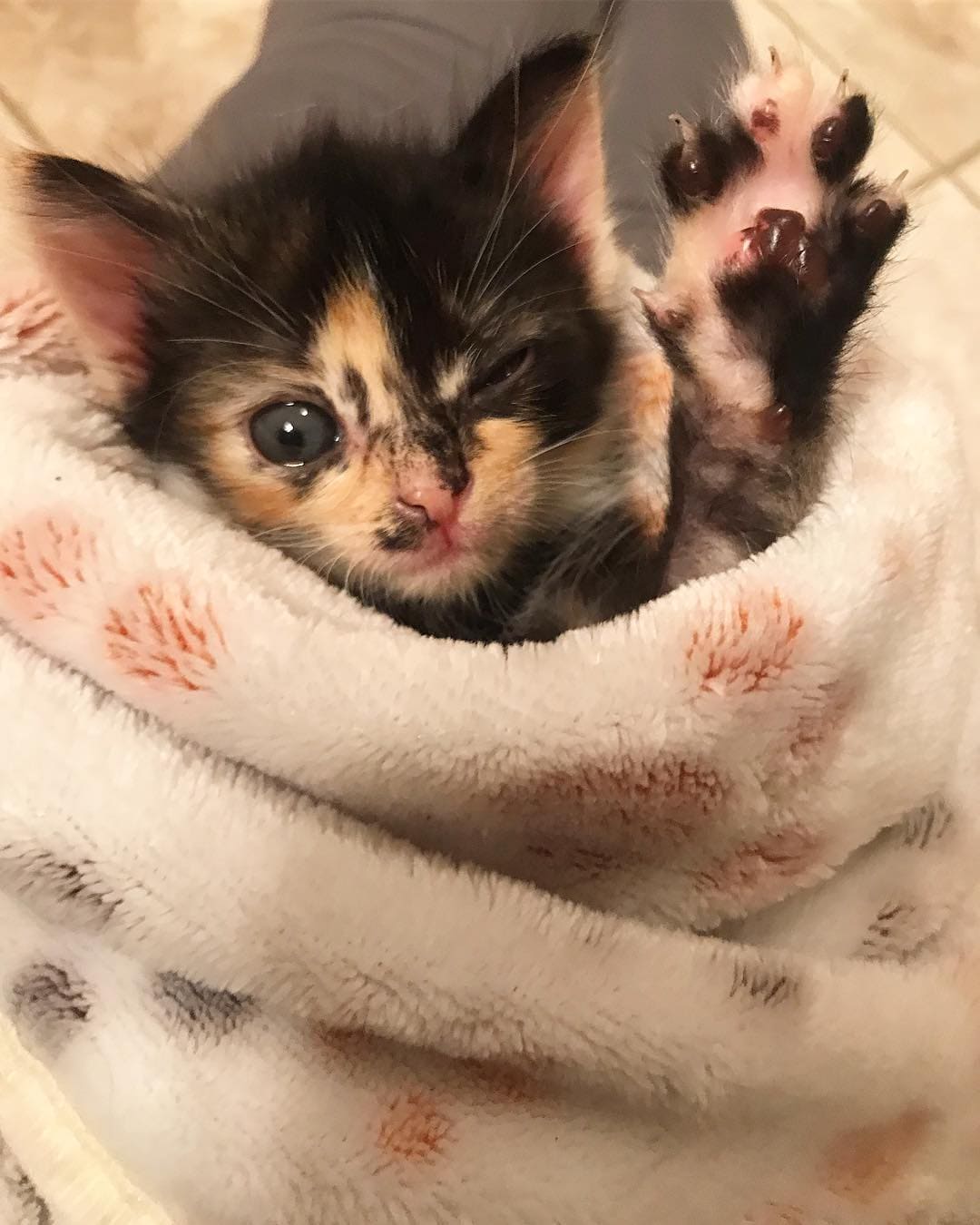 She loves to play and is always up for a playfight with anyone. However, she soon made firm friends with another kitten named Isaac.

Becoming so close they were more like brother and sister, spending most of their time in each other’s company. If they are not playing, they can soon be found somewhere cuddled up, fast asleep. 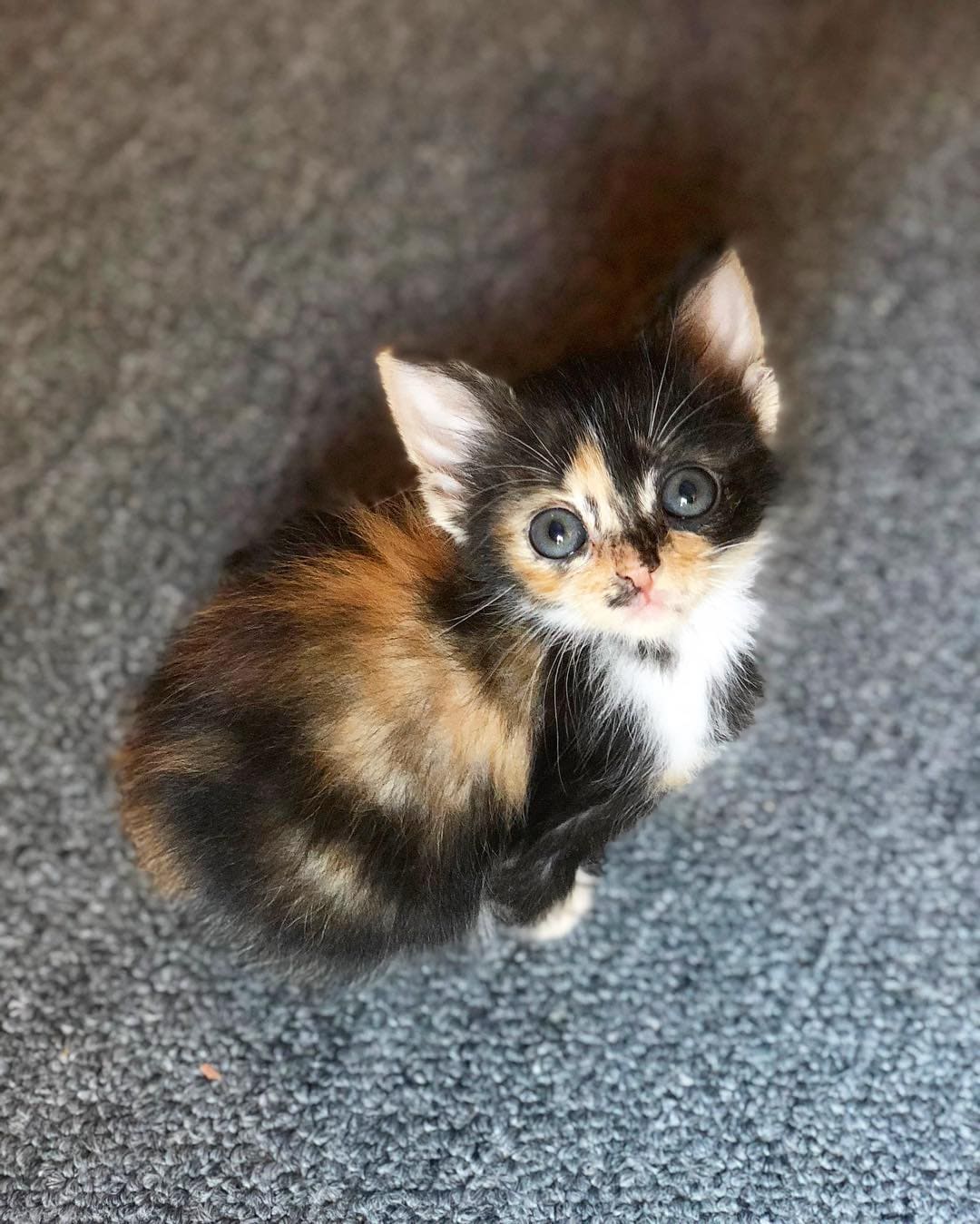 Thanks to the dedicated team at Kelly Foster Kittens, Penelope has transformed into a happy, cuddly cat. They even found her a forever home where she is loved and cared for by her new forever family. 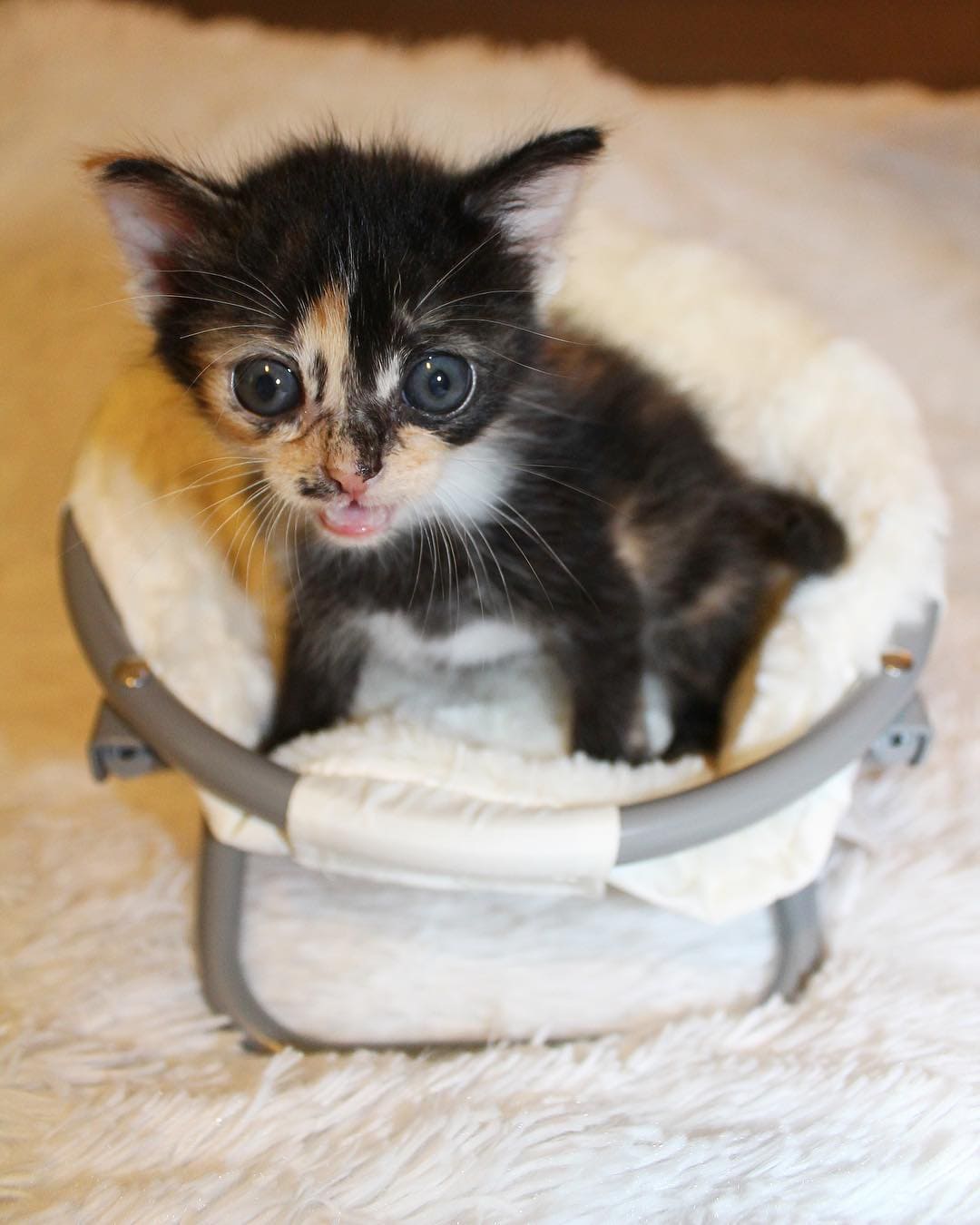 We know she will continue to get the love, care, and attention she deserves. Now she is happy, safe, and most important of all, loved! 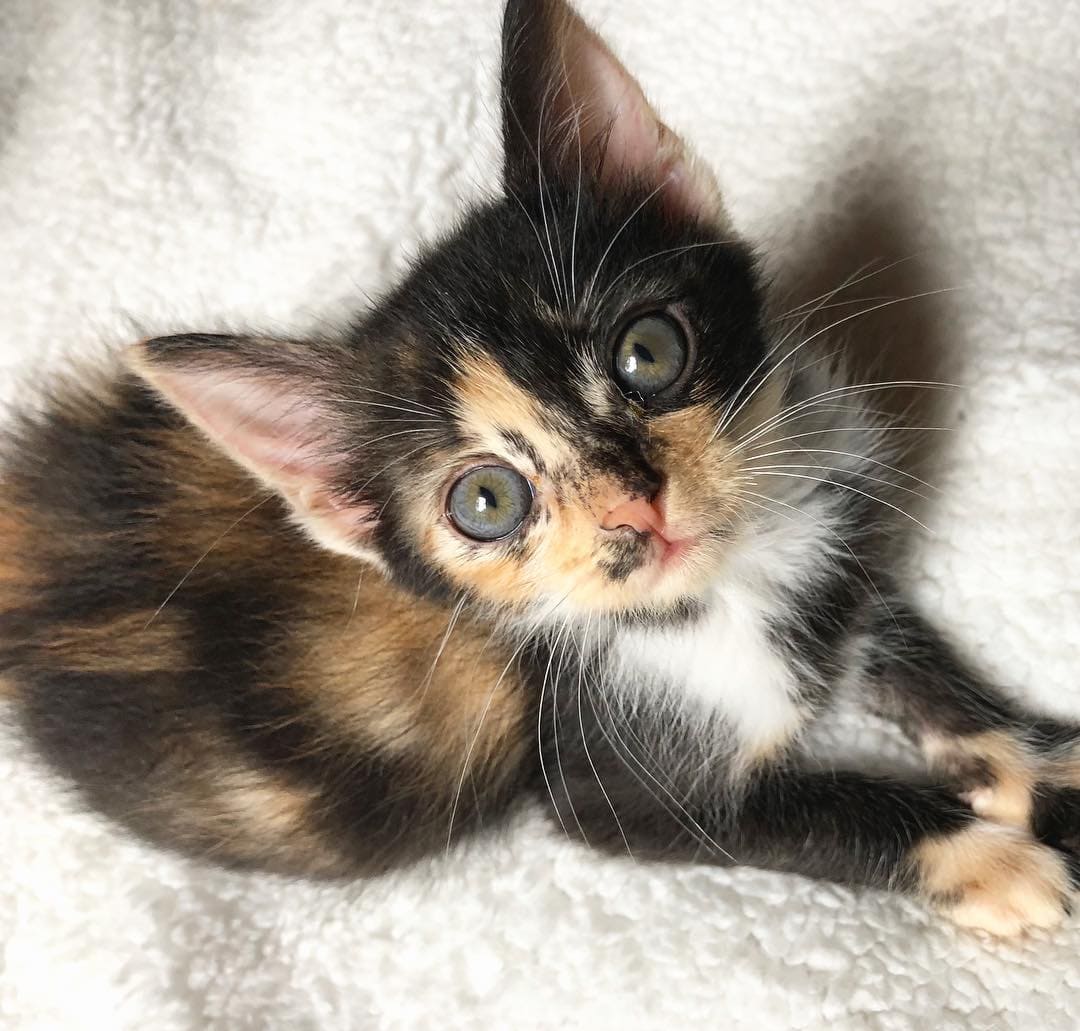