Adventure Cat Gets A Baby Brother 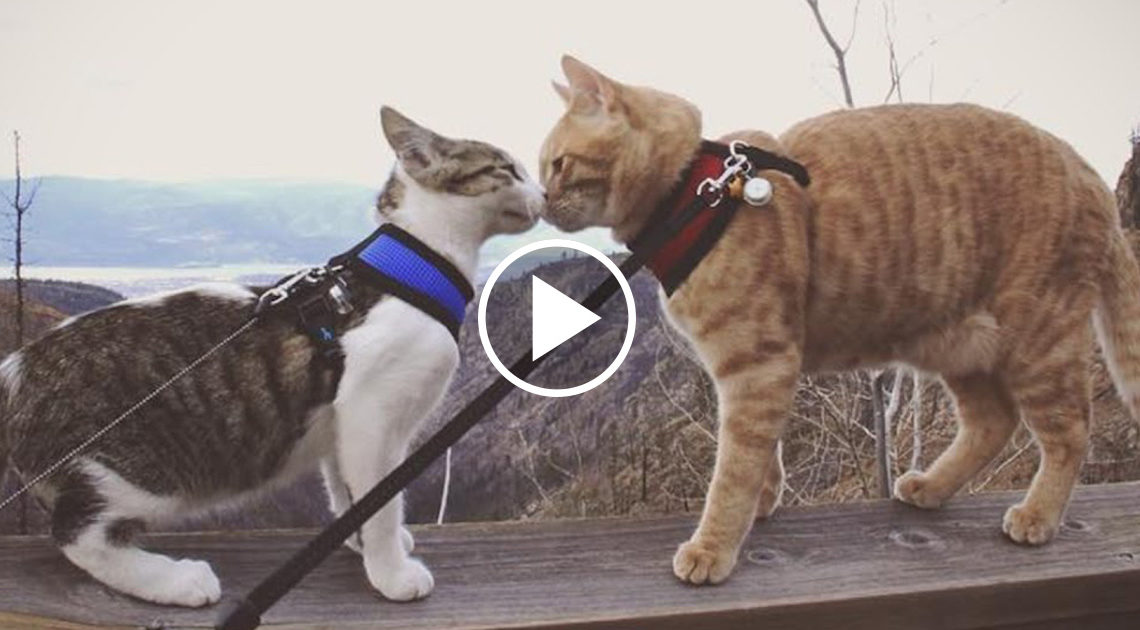 Fish was adopted by a loving family when he was only 6 weeks old. The family always wanted a dog, but once Fish had been part of their lives they realized he was the perfect addition to their family. He was a very boisterous kitten, always darting around everywhere looking for adventure. 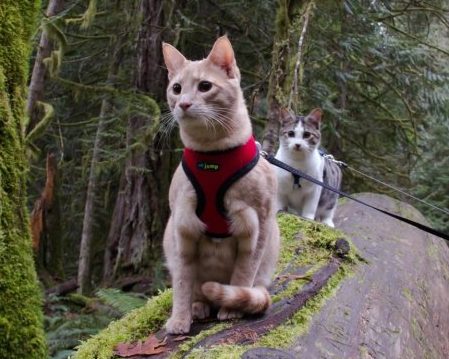 It’s hard to have only one cat and it wasn’t long before they wanted to adopt another kitty. This is where they found Chips, a tiny tabby kitten they found at their local shelter who they fell instantly in love with. Fish and Chips would become friends right off the bat and now Chips get to go on adventures and hikes together – with the guidance of Fish, of course.
There should be plenty more adventures to see in the future!