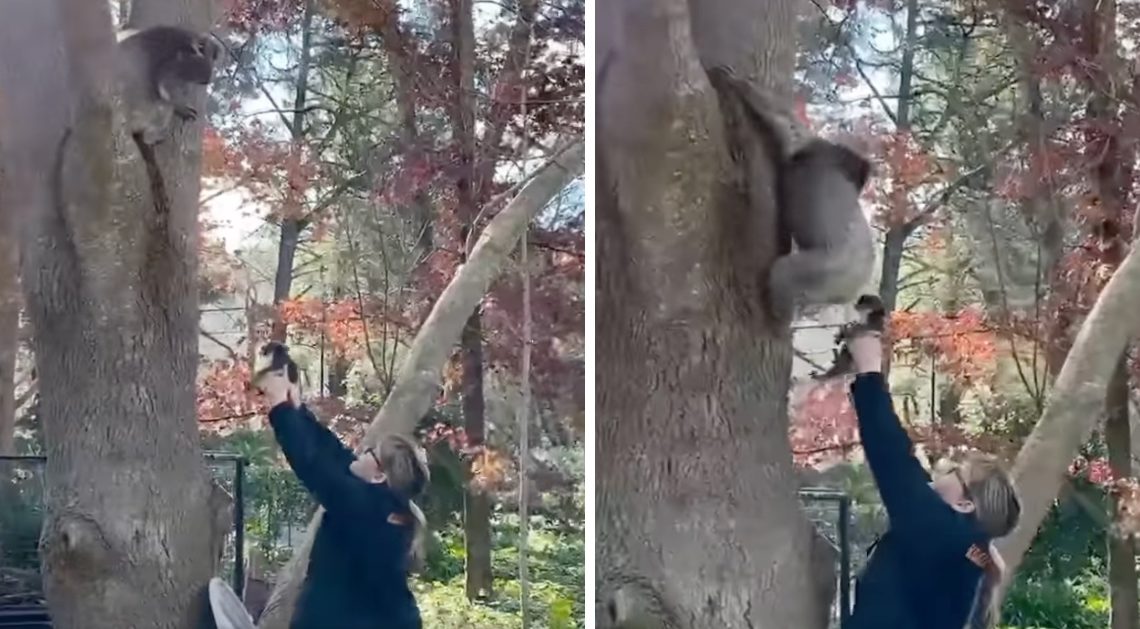 After falling from a tree, a tiny joey’s life was in real danger. But thanks to these devoted rescuers from the Koala Rescue, everything went back to normal within a couple of hours. The moment the concerned mother is reunited with her baby was caught on camera and it is nothing but heartwarming!

A few days ago, the Koala Rescue group got alerted after a baby koala got separated from his mum in the Adelaide Hills, Australia. It frequently happens for baby koalas to tumble from the trees. Fortunately for this little one, the terrain he landed on was covered in leaves, so he avoided any harms. 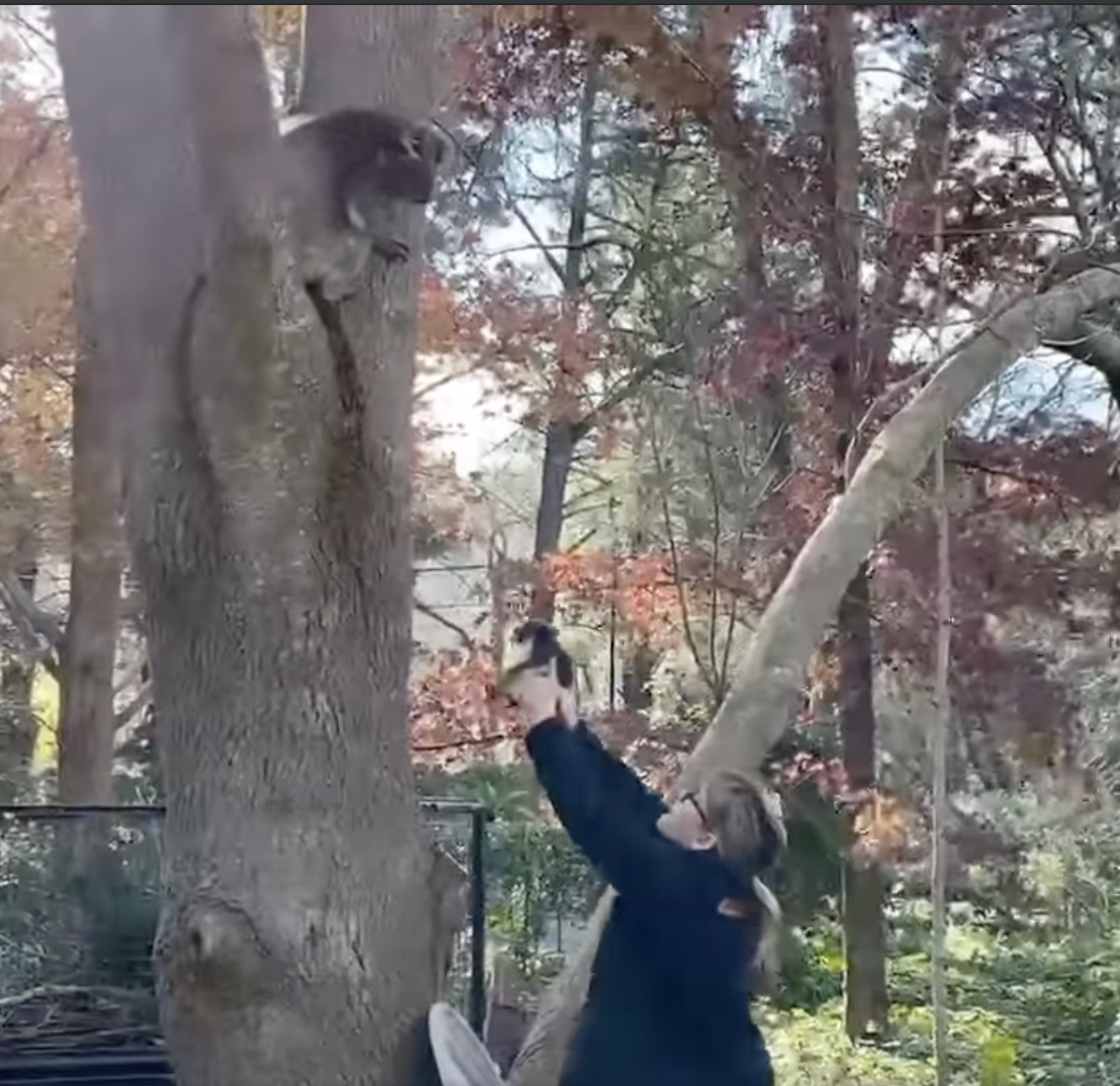 Thankfully, the tiny joey didn’t stayed too much separated from his worried mum as a wildlife rescuer eventually saved the day. The woman, although extremely familiar with baby koala rescues, grabbed the little Norris – as they named him – into her arms and then reunited him with his mother who was impatiently waiting on the tree. The moment the two meet again was so heartwarming. 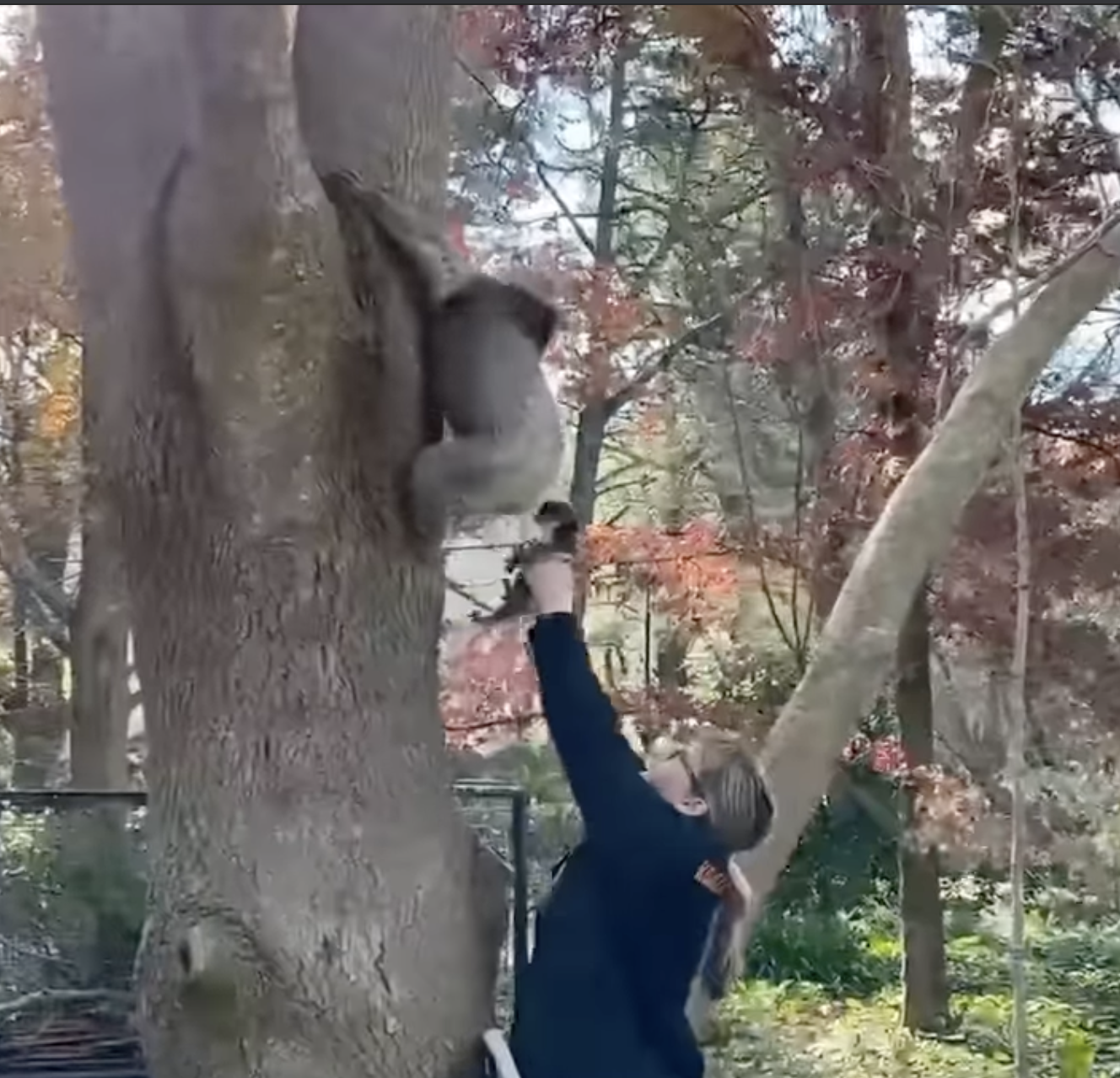 ‘With years and years of experience, and having reunited many mums and babies, our very own koala whisperer was able to reunite this special pair,” the rescue group wrote on Facebook. “Mum Doris climbed down the tree and Norris happily climbed up on mum’s head so she could whiz them both back up the tree. Kids hey?!”

As the rescuer was holding the cute fluffy ball into her hands, the mother Doris climbed down the trunk to reunite her baby. With a gentle gesture, the baby koala was placed onto his mum’s back by the woman who rescued him, then the two climbed back to safety. 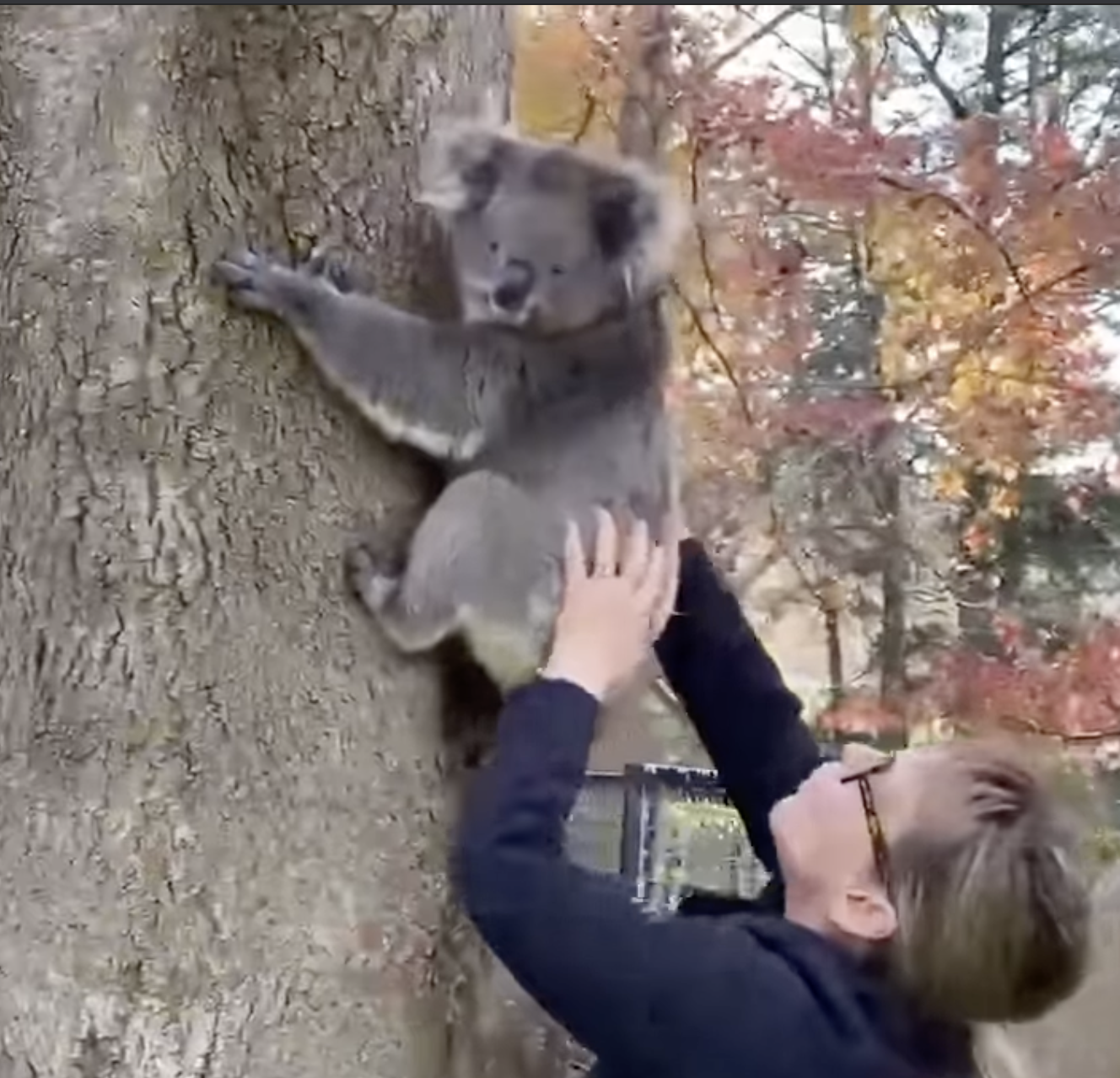 “While waiting for our tree-climbing team member, our volunteer decided to try something rather magical,” Koala Rescue wrote. “She held little Norris up so his mother could see him, and she grunted and grred and called his mother down!”