Abandoned Little Piglet Was Near Death. Just In The Nick Of Time, A Mama Dog Steps In 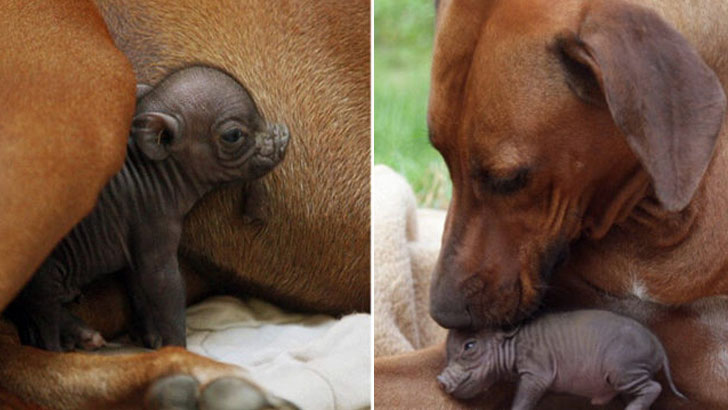 When they are abandoned by mothers, animals have a very little chance to survive. Little piglet was all alone in this world and she probably would have died, but then something incredible happened.

Some people found her and brought her to their farm, were she met a foster mom.  If you thought it was a pig you’re in for a big surprise. An eight year old Rhodesian Ridgeback dog, named Katjinga, took Paulinchen the piglet under her care and saved her life. Besides, that cutie got five puppy brothers, with whom she shares milk which makes her a real part of the family. Being a mom means more than having given birth to a child, it means taking care of someone, providing them with warmth and safety, loving them and being there for them always. 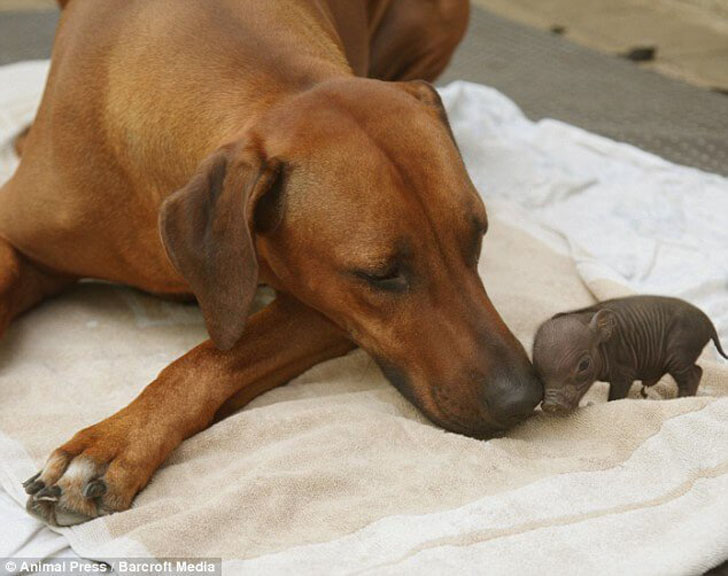 She currently shares milk with five other puppies in the litter. 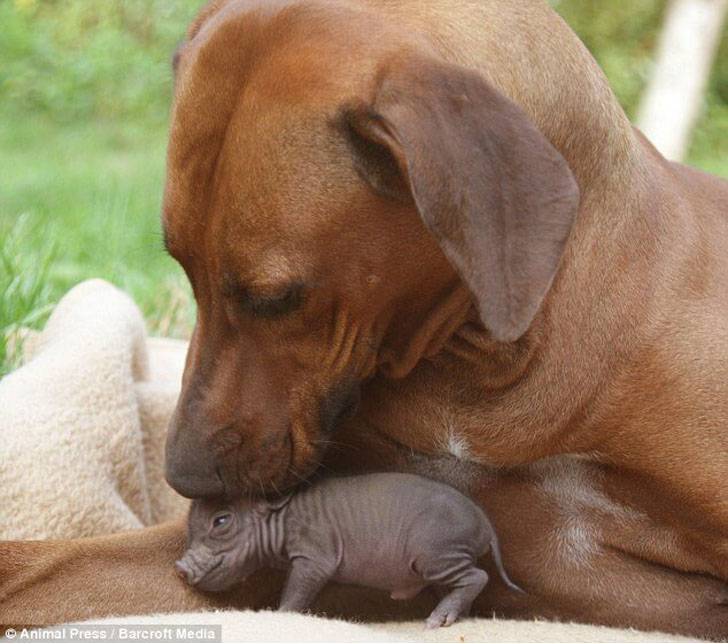 Only two weeks old, she would have been a meal for foxes if she was not rescued. 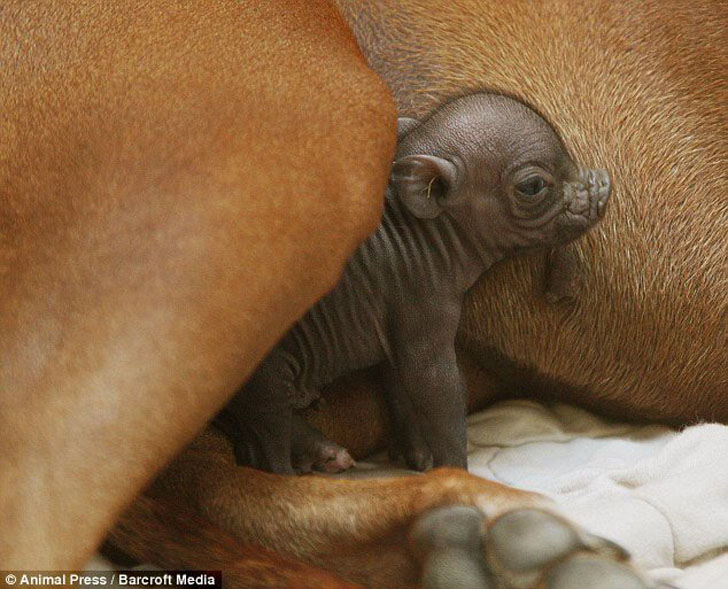 Katjinga treats her as one of her own, despite the difference in species! 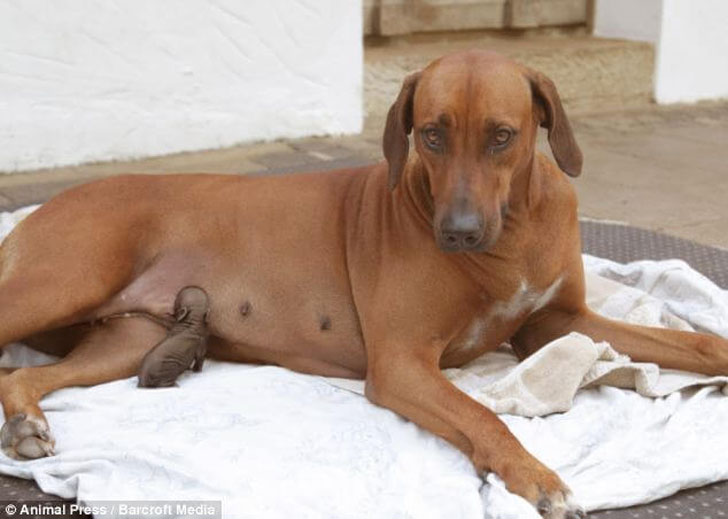