A wolf and a goat have become unlikely best friends in China. (Photos)

Have you heard the story of the wolf and the goat?

The orphan wolf cub was found in the wild by villagers from Nanyuanzi village, Xinjiang, three years ago, reports People’s Daily.

Chen Ming said: “Some villagers went out hunting and found this newborn wolf, and they gave it to me to raise as my goat had milk.”

Chen raised the wolf at his home, giving it goat’s milk, and says that the now three-year-old wolf is inseparable from his goat mate.

“They eat and sleep together. Everyone who comes to my home is surprised by the scene; that prey is very good friends with the predator,” added Chen. 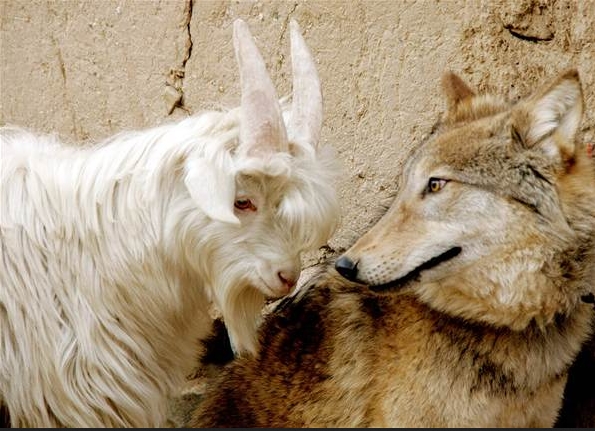 However, he said he was planning to release the wolf back into the wild so it could live a more natural life. He added” “He is a wild animal and it’s not fair to make him a pet forever.” 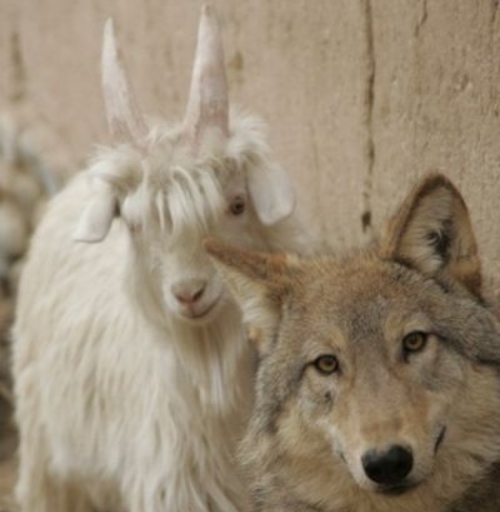 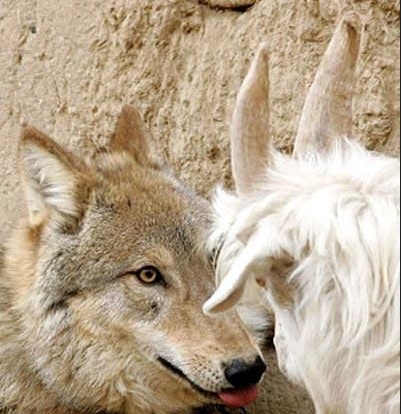