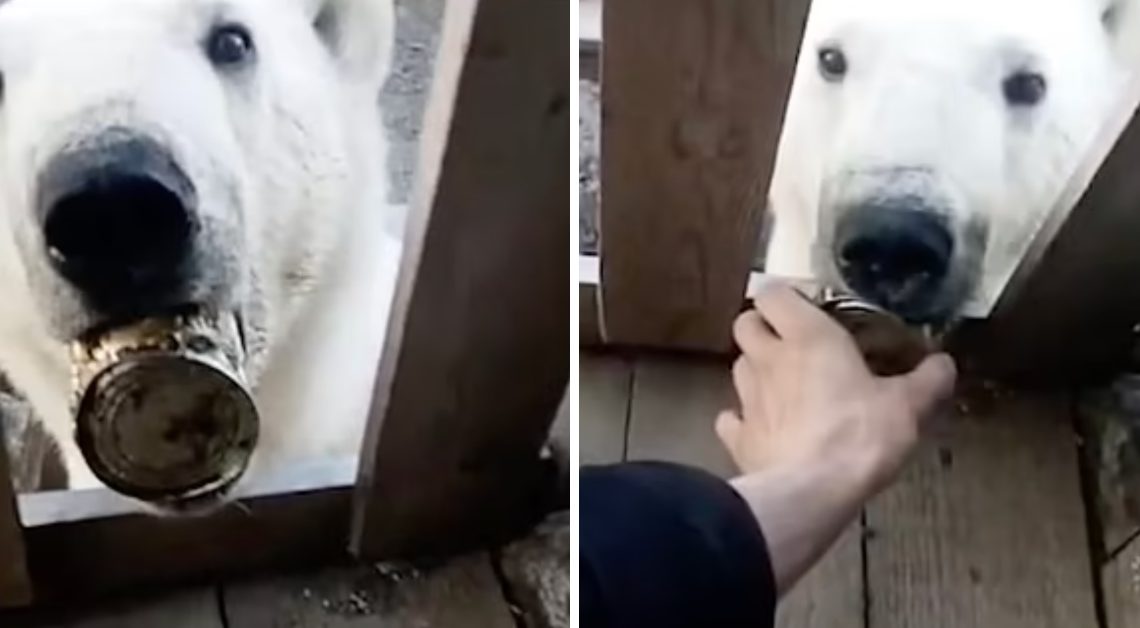 Dramatic video captures a helpless polar bear beseeching people for assistance after getting its tongue caught in a tin can. The bizarre event took place in Dikson, a tiny, isolated town in northern Russia. An empty milk can that became lodged in the mouth of the arctic monster prevented it from eating or drinking anything. The animal approached residents in need of help! 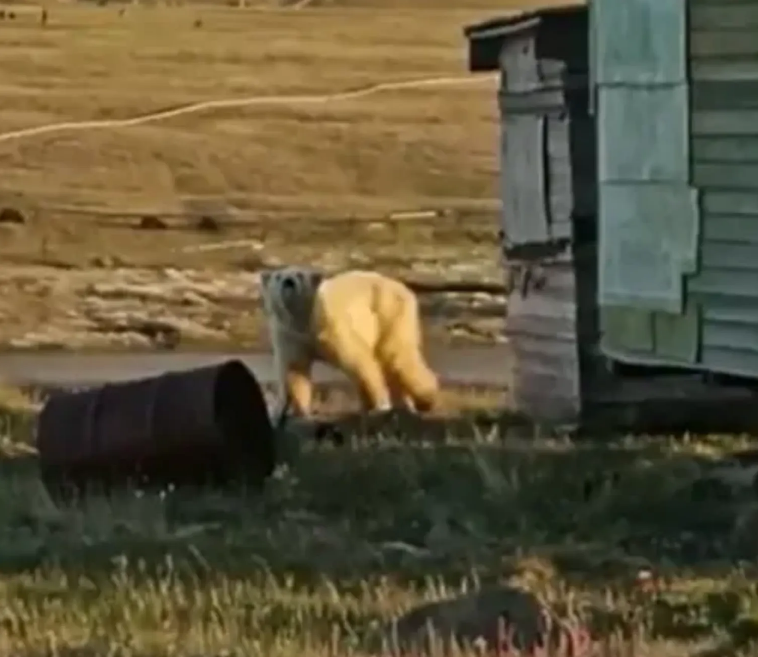 Locals have captured on several videos of the hopeless animal approaching them in its desperate attempt to have the tin can removed. One of the videos show the polar bear getting close to a man sitting on the porch.

The man is been filming himself while trying to remove the can from the bear’s mouth, but after a few attempts he realizes he can only make the things worst. 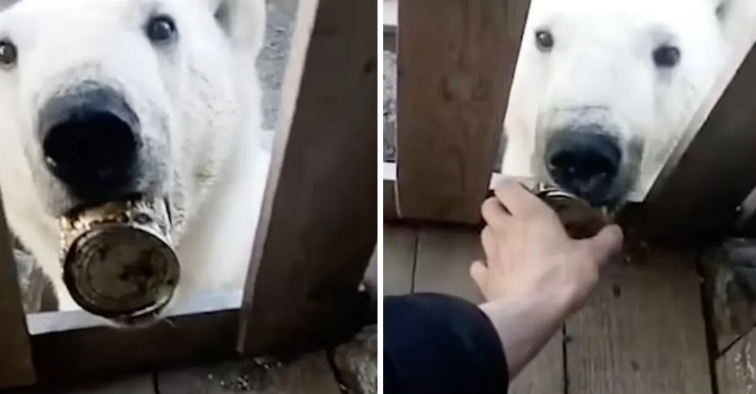 Here’s the moment the desperate animal approaches a local to ask for help!

V
Starving polar bear pleads for human help in Arctic outpost after getting its tongue stuck in a tin can, preventing it from eating
======https://t.co/Q7k9i3Vqb3 pic.twitter.com/N8FGxVA6wA

Shortly after the video emerged online, a rescue team of vets and wildlife officials from Moscow went to the scene to help the poor polar bear. After a 2,125 miles flight, they managed to locate the animal and after they sedate it, they were able to finally remover the can that once contained condensed milk. 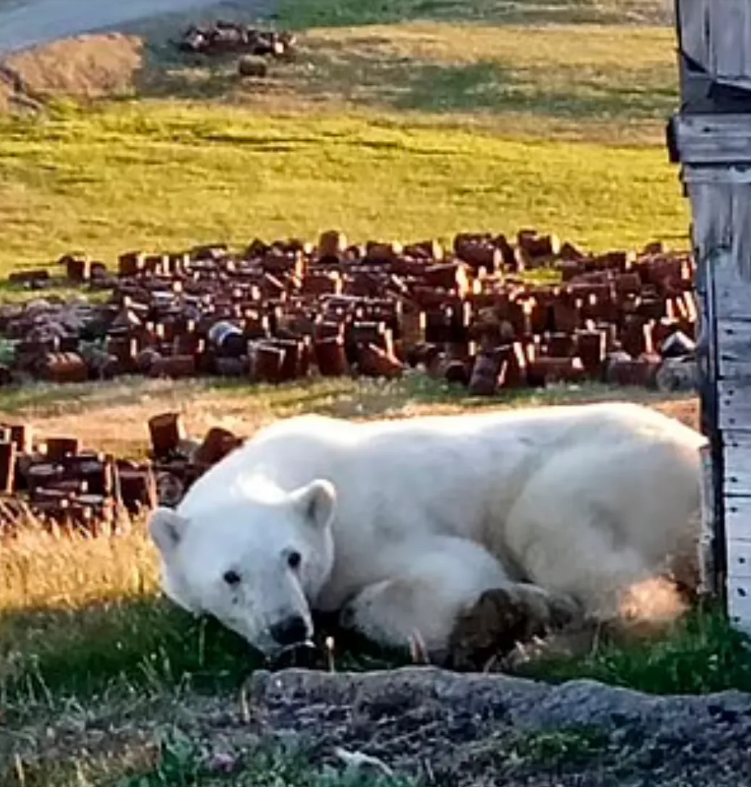 Svetlana Radionova, a wildlife authority, told MailOnline that the polar bear was discovered 1.9 kilometers from Dikson airport. “With the first shot, the vets were able to tranquilize her and remove the tin can. The bear’s tongue is currently being treated by one of the vets for many wounds. 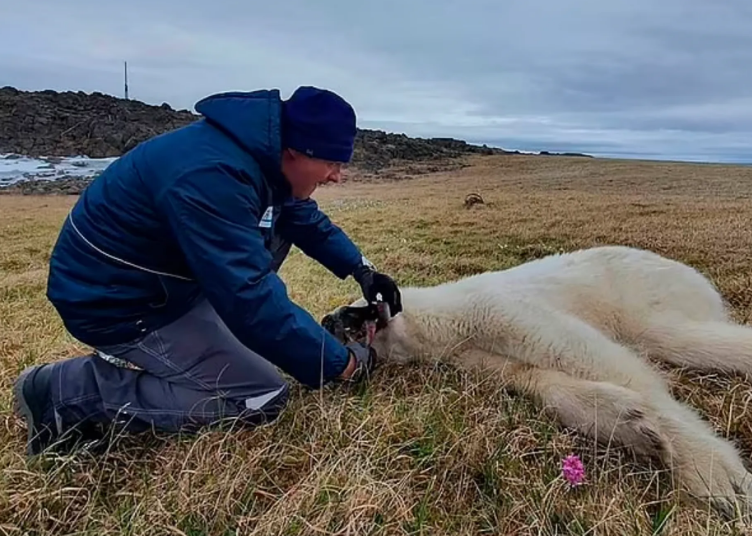 “The polar bear is a young female, weighing between 80 and 90kg (180-200lbs). She will be monitored for several days, and then returned to its natural habitat with a stack of fish.”