A Nurse Kitty Looking After Other Animals? Now We’ve Seen It All! 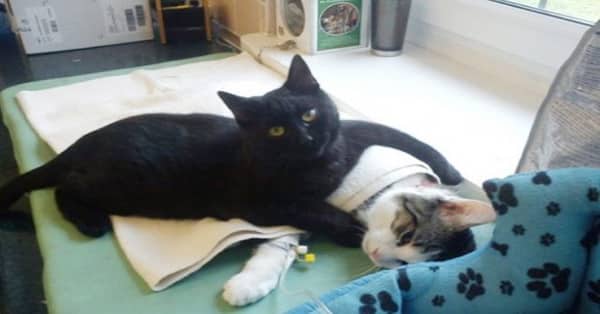 While humans can have different jobs, cats’ only purpose in life is to lazy out on a couch and cuddle when they want to. However, we live in a modern era where everyone can choose to be whatever they want to be. 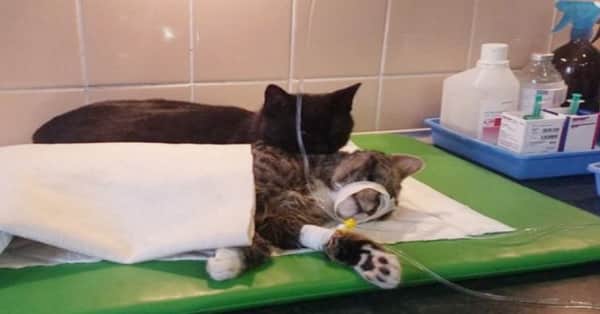 Take a look at Radamenes, a Polish black cat from the city of Bydgoszcz (quite a mouthful). After being brought from the brink of death in an animal shelter, he has returned to the land of living as a nurse kitty. 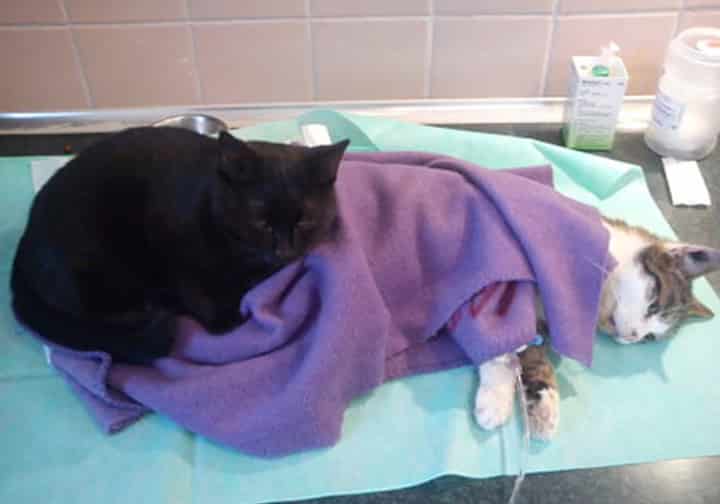 Radamenes was brought to the shelter in terrible shape with a massive respiratory infection. He was almost dead and even the vets didn’t think he’ll survive. However, the black kitty fought and made a full recovery. What’s more surprising is that he’s got a new purpose in life as a nurse cat. 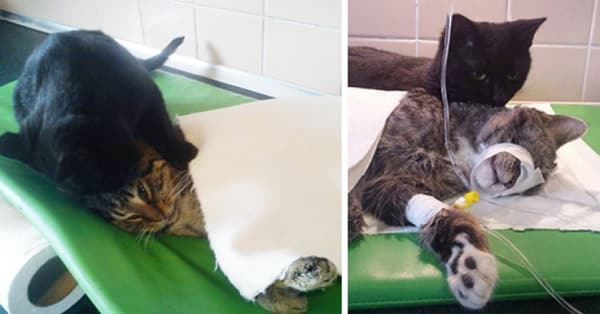 Once healed, the cat began to care for other animals brought to the shelter that were in dire need of help. We’re not just talking cats – he nurses dogs back to health too. The vets are now joking that he’s taken the position of a full-time nurse, but with no pay or benefits. 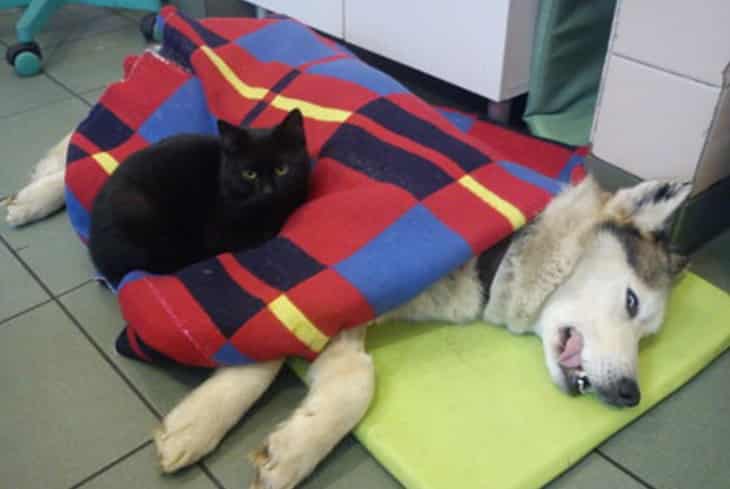 He’s doing it for hugs and he loves his job. 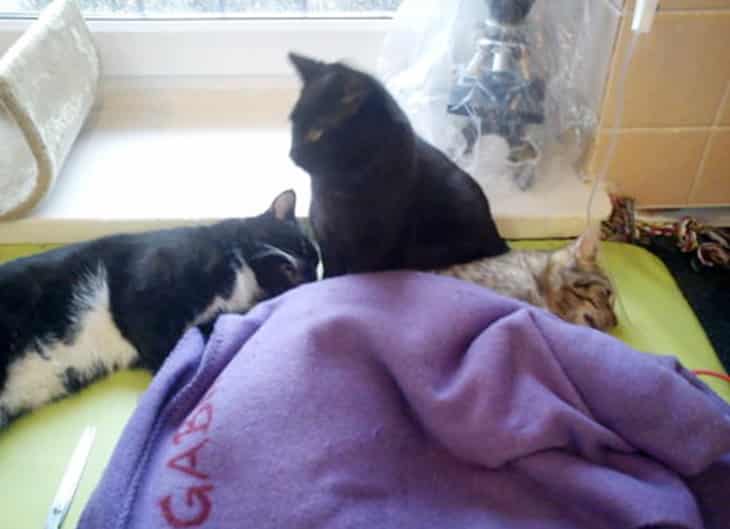