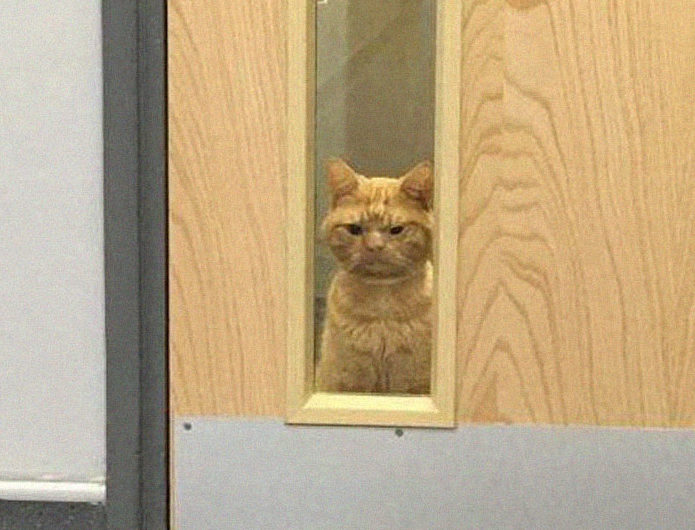 Meet Saul, aka Grumpy Cat 2.0. It was found aimlessly wandering the streets of London, hurt and in dire need of help. When a good samaritan spotted him, the kitty was in such a bad condition, they immediately contacted the RSPCA. The organization sent an officer to rescue the poor thing, taking it to the RSPCA’s Putney Animal Hospital.

“He was in a very sorry state … and had discharge coming from his eyes and nose and looked very poorly indeed,” Caroline Allen, London veterinary director for the RSPCA, said in a press release. “We believe he was involved in a road traffic accident as we found he had injured his jaw, teeth and one eye.” 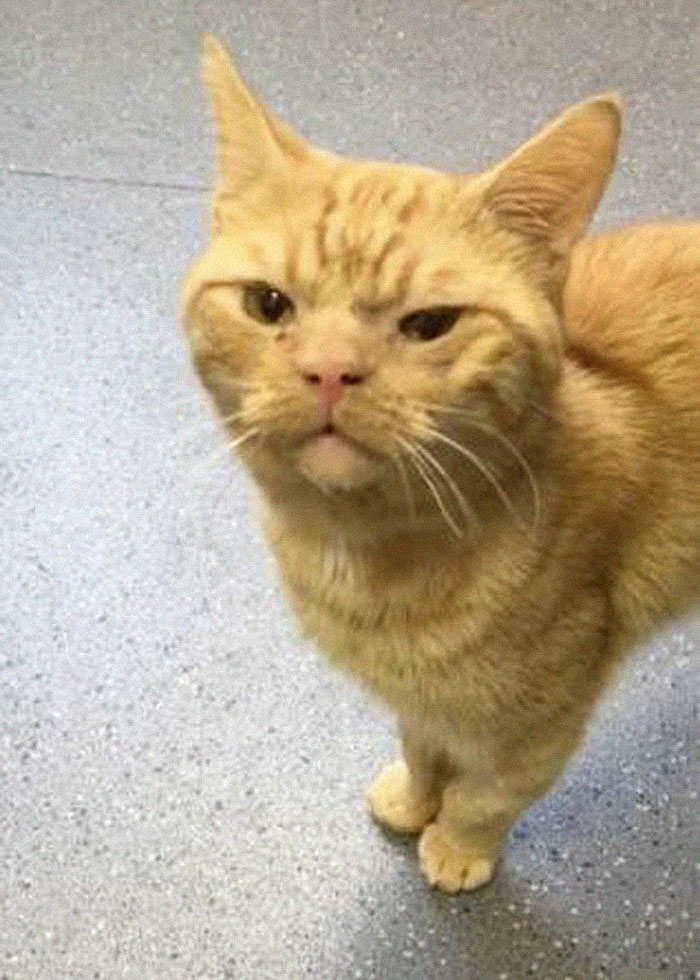 As veterinary professionals started taking care of Saul, the kitty began to heal, and one of his unique traits started to become evident. “Despite his constant scowl, Saul’s actually really sweet and friendly,” Allen said. “He’s recovering really well from his injuries and we hope he will soon be ready to move to our cattery at Southall to find a new home as we don’t rehome directly from the hospital.”

Staff at the hospital are unsure if Saul’s grumpy face is due to his past injuries or just something he was born with, but regardless, it’s clear that his constantly grumpy expression is there to stay. As everyone got to know Saul better, he revealed himself to be the sweetest, most affectionate cat around — but you would never be able to guess that based on his face. 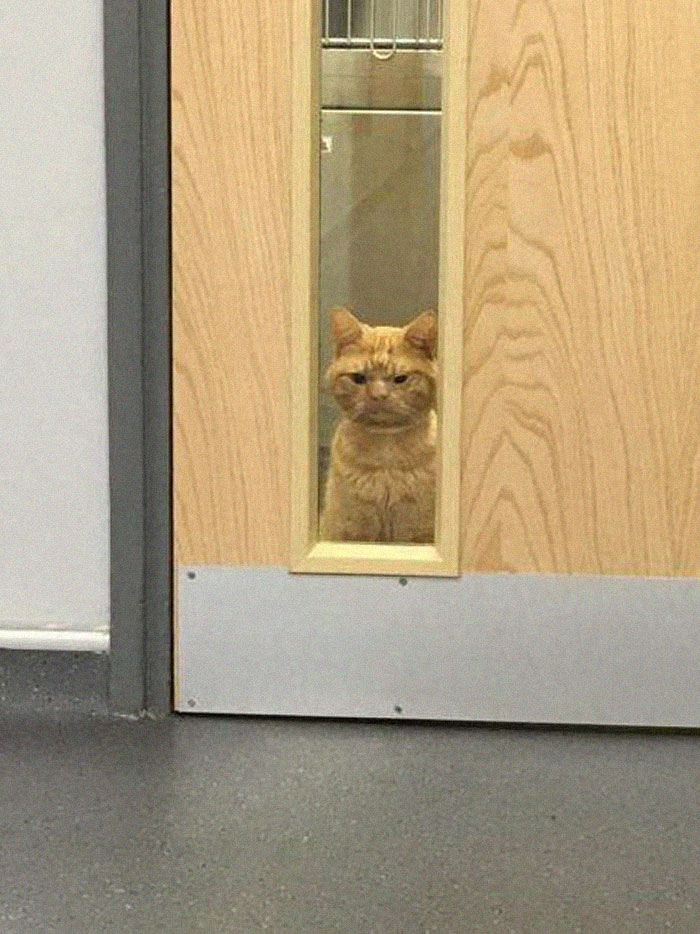 The ginger furball began winning over everyone’s hearts at the shelter. However, nobody really knows where Saul got his permanent grump from. Some are guessing it might be a result of the terrible injuries the kitty has endured. Regardless, it’s what’s on the inside that counts. And Saul’s is all fluffy and sweet. The ginger furball is apparently demanding attention from everyone he meets and loves to cuddle.

The staff are certain that Saul will immediately find a forever home once he’s healthy and ready to be adopted. “We’re sure someone will fall in love with this glum-looking puss,” Allen said. “In fact, we think he could be a bit of a star. We’re sure he’d give Grumpy Cat a run for his money — that’s why we’re affectionately nicknaming him Grumpy Cat 2.0!” 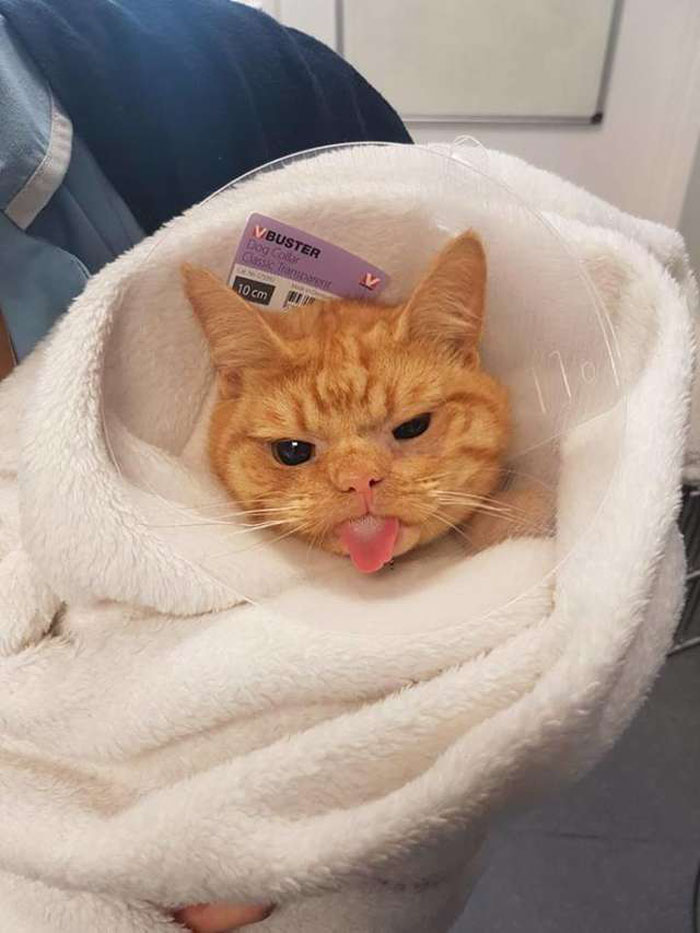