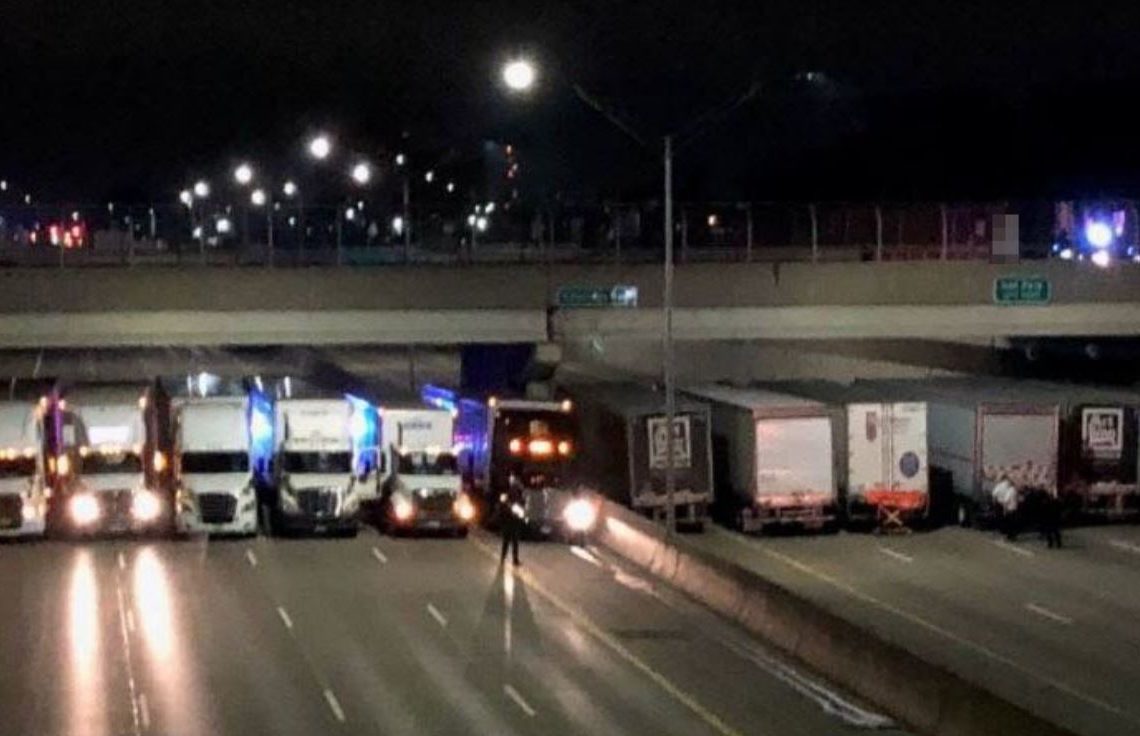 And when there’s no one to talk to during your rock bottom, it’s hard to find a reason to go on, as was the case for a Michigan man who decided to end his life. 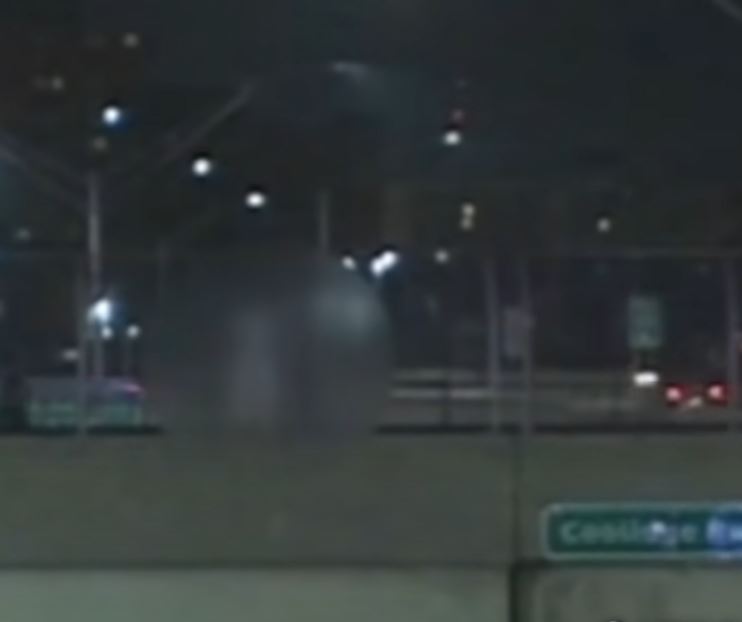 The suicidal man stood on the ledge of an overpass at a Detroit freeway on a late Tuesday night in April 2018.

Someone reported the lone man standing on a ledge above a rush of oncoming traffic over Interstate 696 before 1 a.m.

Michigan state police’s immediate response was to close down traffic going in both directions.

The first step in any situation involving attempted suicide. While saving one’s life is paramount, it’s also essential to prevent any collateral damage such as car accidents. 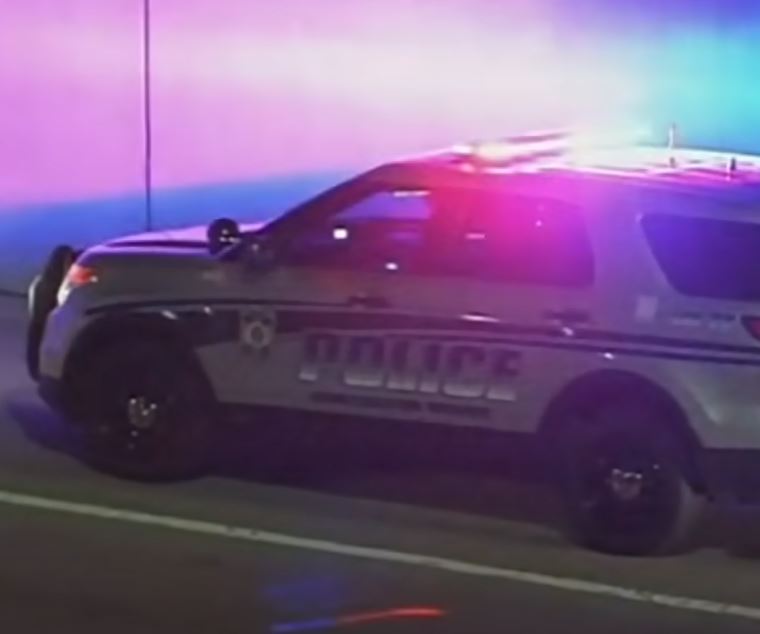 What the police and truck drivers did was an achievement in cooperation, coordination, and human decency. 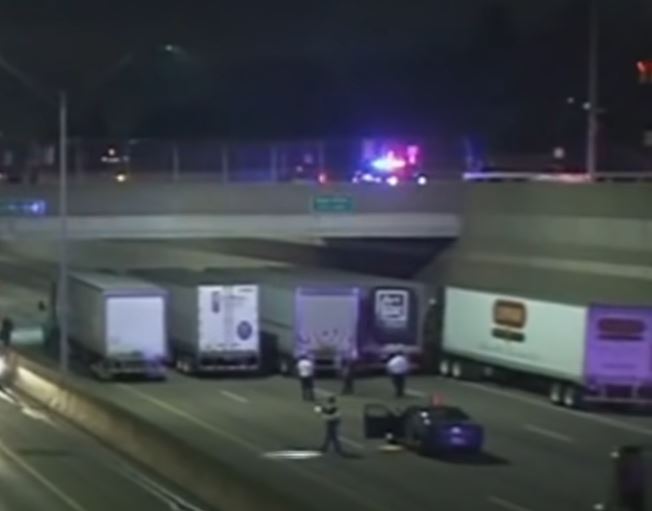 The state troopers then found nearby semi-trucks and rerouted them to the overpass.

13 semi-trucks lined up across all six lanes right underneath the attempted jumper. Thanks to the drivers, the trucks’ presence reduced the drop from the overpass. 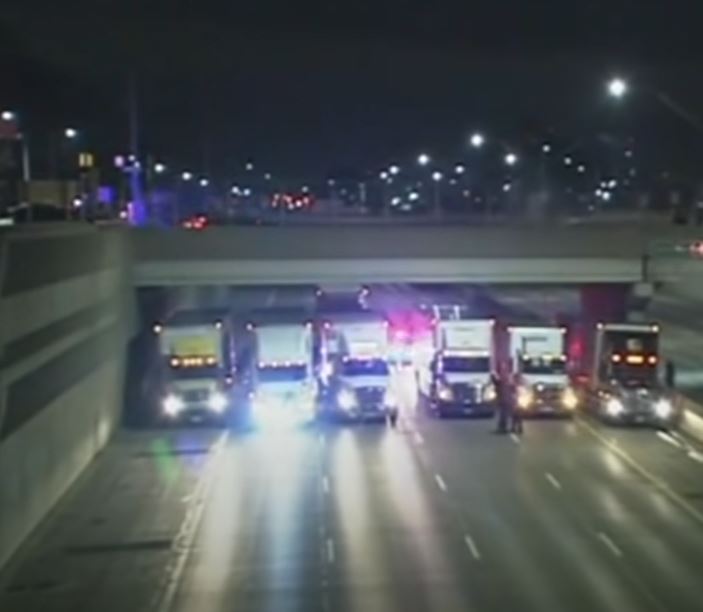 The police spent several hours defusing the situation by talking to the distressed man.

Thankfully, the man backed away from the ledge. 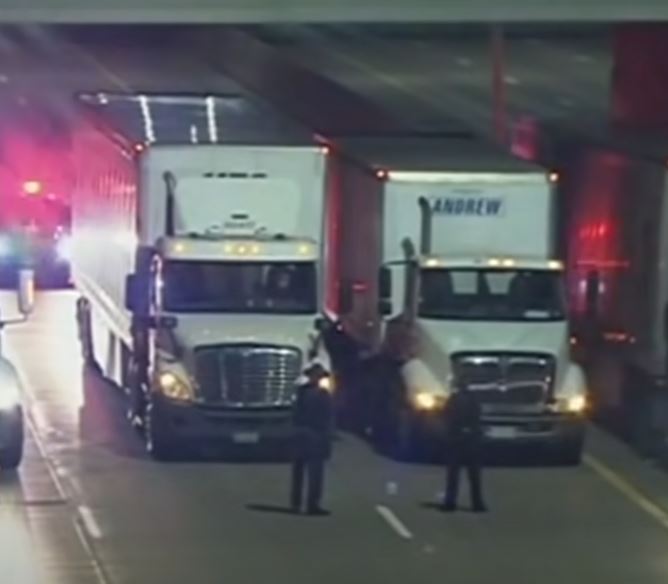 The man revealed that he was going through family issues before receiving help from emergency services. As saddening as it is to hear how families can cause so many mental problems, it’s heartwarming to know how many kindhearted strangers would be willing to help someone they don’t even know.

The state police posted a photo of the trucks to remind the public help is available 24/7. 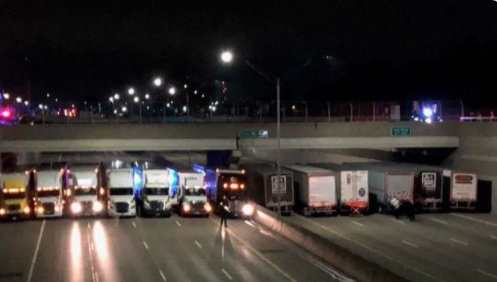 Public response was overwhelmingly positive, demonstrating the value a human life still has. It shows that people still care despite the darkness and corruption prevalent in our nation, and they are still fundamentally decent.

However bad one’s situation might be, people do care and there are resources to help anyone with suicidal thoughts. 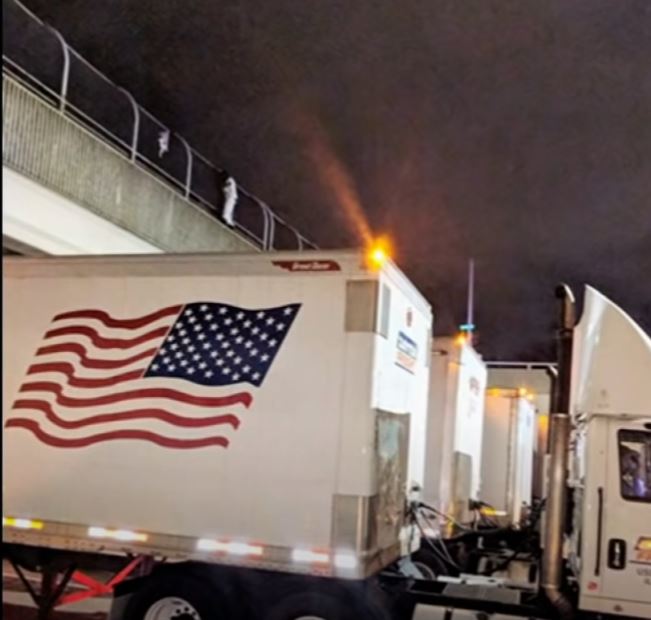 If you or someone you know is suffering from depression and is having thoughts about suicide, don’t be afraid and reach out to the national suicide prevention lifeline, (800) 237-8255. Life may be challenging, but it does—and will—get better. There is help out there; all you have to do is reach out.

Would you please SHARE this with your friends and family? 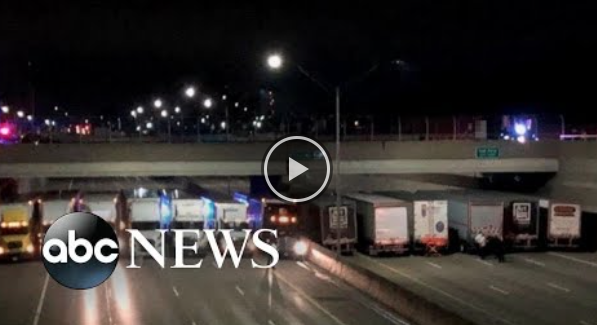