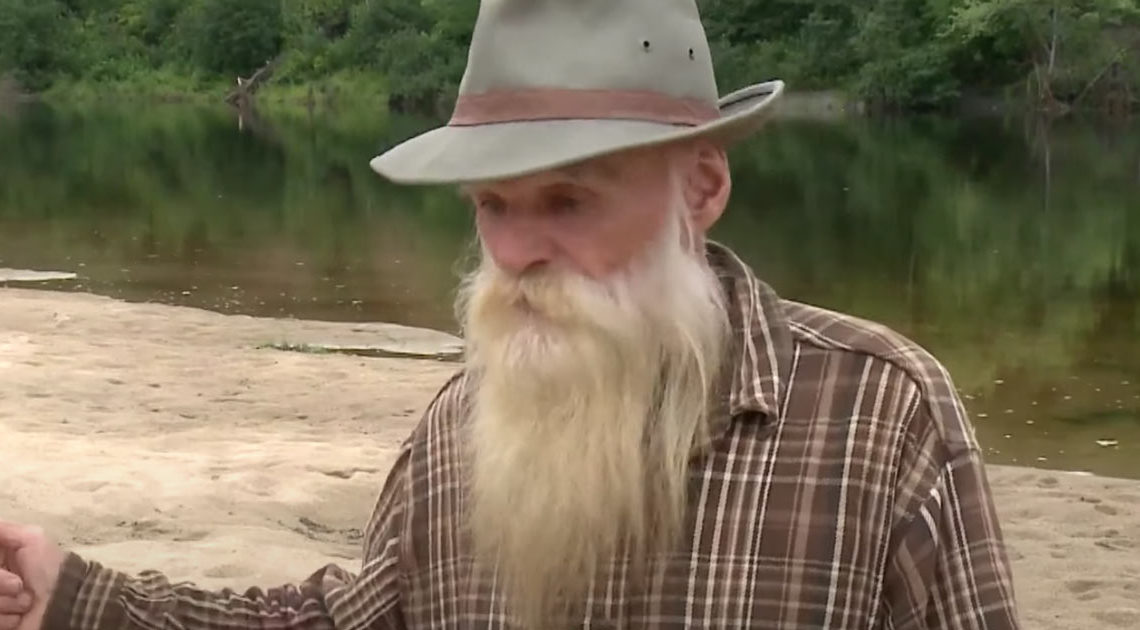 For almost three decades David Lidstone, known as ‘River Dave’ has been living in a cabin that sits in the woods of New Hampshire.

The 81-year-old has spent the last 27 years growing his own food, cutting his own firewood, and looking after his chickens and pets.

His cabin, which is powered by solar panels, is hidden by trees and sits on 73 acres of land that’s been used for timber harvests.

But now the U.S. Air Veteran has found himself in jail on a squatting charge after the 86-year-old owner of the land reported him which led to his recent arrest, according to AP News.

Now the father-of-four has been told that a fire has destroyed his cabin and his future has been thrown into even more uncertainty.

According to Lidstone, the owner of the land previously promised he wouldn’t force him to move but there is now written agreement. However, its current owner Leonard Giles, 86, didn’t even know he was there until 2015.

A judge had first asked Lidstone to vacate his property back in 2017, but he managed to resist all attempts until he was arrested on July 15 and accused of squatting on private property.

A petition has been launched to help him stay on the land which so far has been signed by 3,780 people. 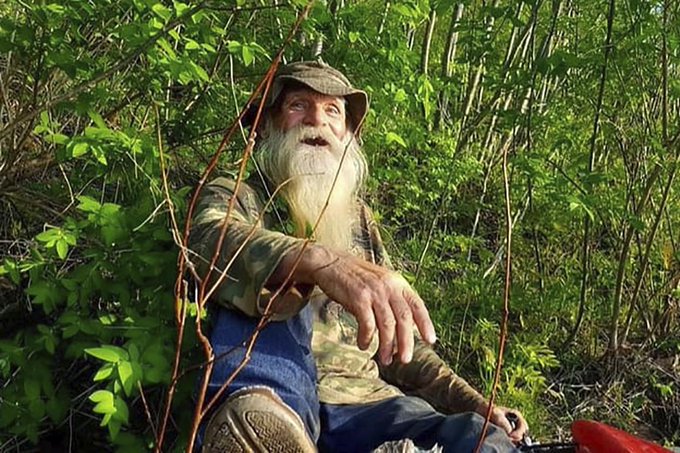 “He is a veteran, a local legend, a homesteader and most importantly human being,” petition organizer Tyler Groves wrote.

“I’d like to petition for Dave to spend his years on the land. He’s always willing to help anyone coming down the river and he always has fresh produce or eggs for the campers.

“He shouldn’t owe anybody anything. The property he’s on has a verbal agreement that he could stay there for the remainder of his life but however there is no proof of it how ever he’s been on the piece of land for over two decades with no harm to anyone.”

Lidstone is being held in jail but will be released if one of three things happen: current landowner Giles knocks down the cabin; Lidstone agrees to leave; or 30 days pass without any sort of action.

Most of Lidstone’s personal items had been removed from the cabin before the fire, Giles’ attorney Lisa Snow Wade told AP News. Several outbuildings remained, and no animals were found, either running around or deceased, Canterbury Fire Chief Michael Gamache said.

His 77-year-old brother Vincent, who has lost touch with his older sibling, said: “What they’re doing to him isn’t right for anybody, whether he’s my brother or anybody’s brother. He’s 81 years old. Leave him alone.”

Jodie Gedeon, a kayaker and friend of Lidstone, also said: “He’s just a really, really, big caring guy, and just chooses to live off the grid… it really is about humanity, it really is about compassion, empathy… he’s not hurting anybody.”


I don’t see what harm this man is causing by living on a tiny part of this 73-acre piece of land; we should all be free to live how we want to live as long as we’re not harming anyone else.

This man has been living this way peacefully for the past three decades; to force him off at 81 years old seems inhumane.

What do you think about this man’s treatment? Post your comments below and don’t forget to share this story.