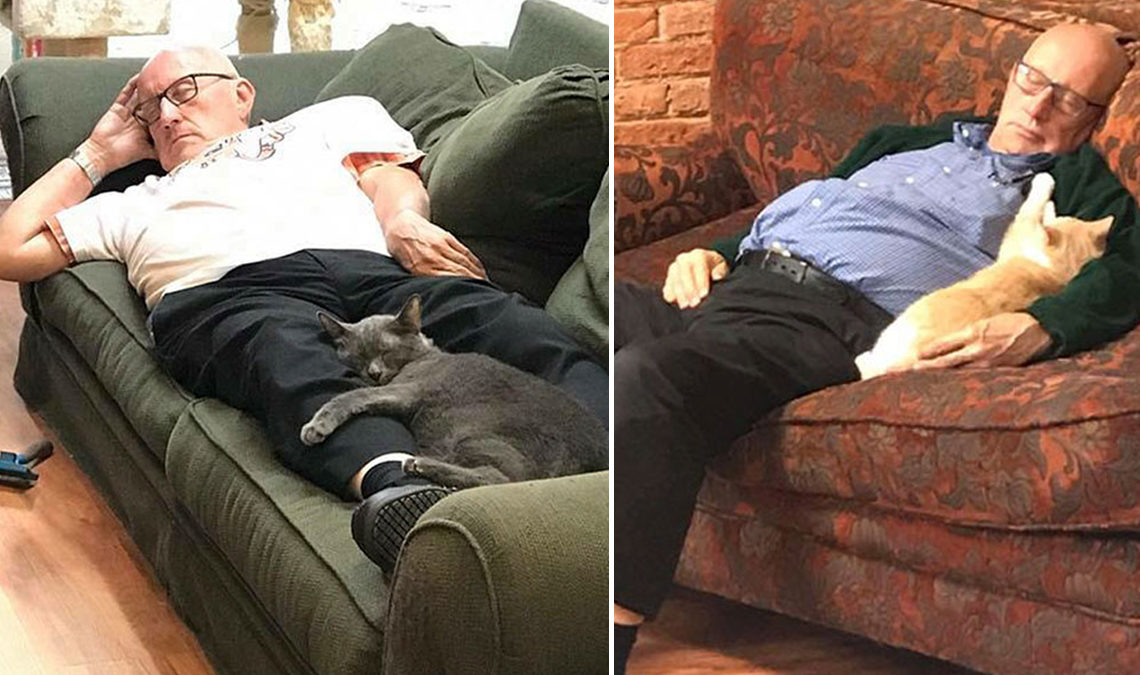 75-year-old Terry Lauerman is a hero in our hearts, he regularly heads down to his local shelter for some volunteering and catnaps. Staff at Safe Haven Pet Sanctuary in Green Bay, Wisconsin, said that he came in one day with a brush and asked if he could groom the cats. “He just walked in and started brushing,” said founder of the shelter Elizabeth Feldhausen. “So eventually we told him he was an official volunteer and had him fill out our volunteer form.” 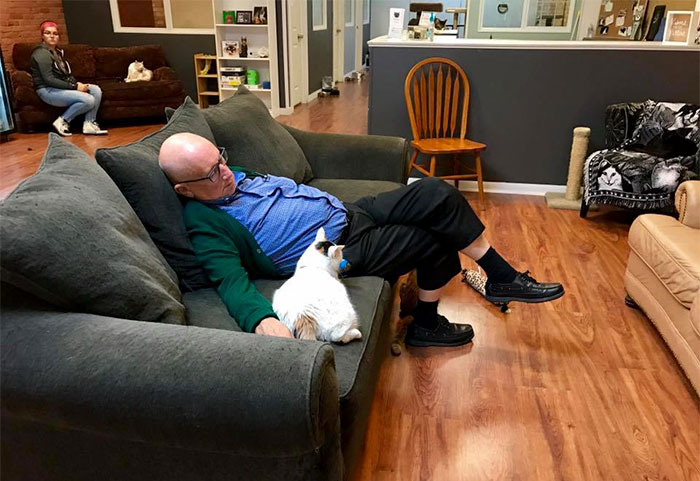 Feldhausen said Terry visits the cage-free sanctuary for about three hours daily which rescues disabled cats that would be at risk of euthanasia at other facilities. He brushes the cats before dozing off for a nap with them. Then he wakes up and repeats the process with some different cats. The experience is a mutually beneficial one, and has done wonders for the shelter. After they decided to dedicate a Facebook post to Terry and his adorable volunteer work, it quickly went viral. The resulting publicity has seen donations flooding in, providing crucial funds for the shelters operations. 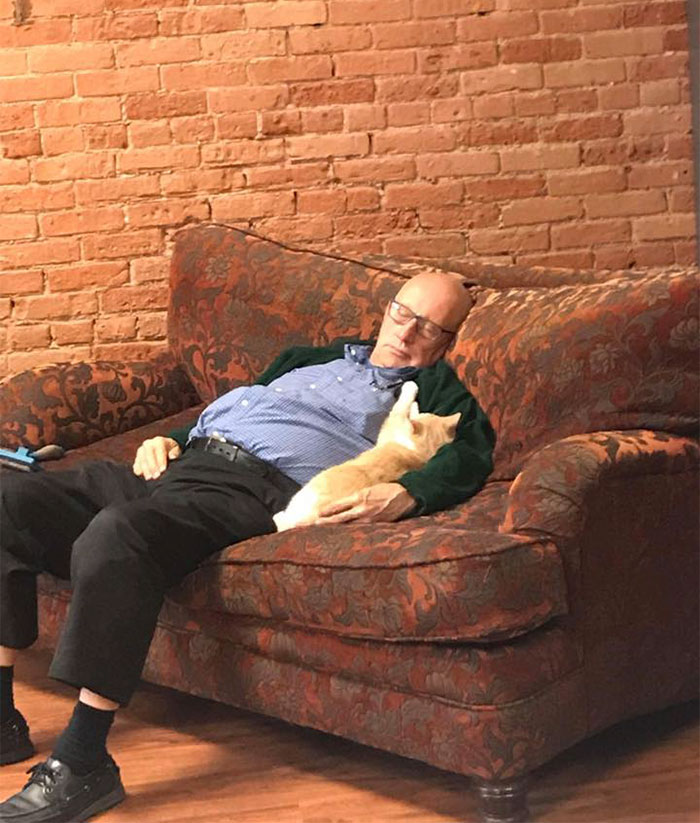 “The proceeds will likely go to adding additional quarantine rooms, so that we can save more cats more quickly, vet bills, and re-insulating the building so that we are more energy efficient this winter. We’ll have more than enough for all of those things, so some will go to savings and be our “rainy day fund.” 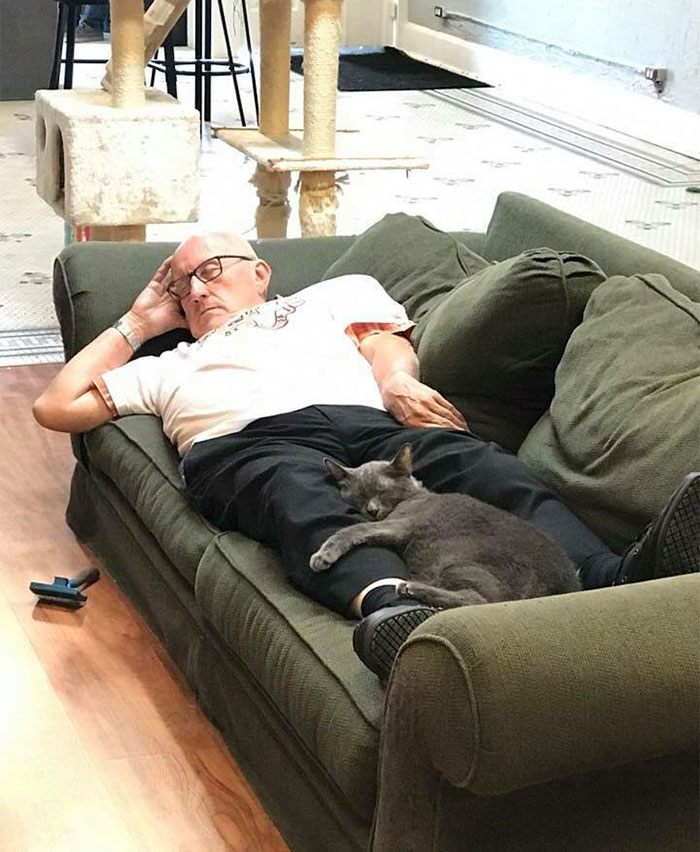 “We are so lucky to have a human like Terry,” the shelter wrote, alongside a few photos of Lauerman cat napping with felines. “Terry just came along one day and introduced himself. He said he’d like to brush cats. Eventually, it became everyday. He brushes all of the cats, and can tell you about all of their likes and dislikes. He also accidentally falls asleep most days. We don’t mind – Cats need this! Terry is a wonderful volunteer.”

“Who is what he considers the cat grandma,” Feldhausen said. “He wants to make sure the people who do what he does every day get credit too.” 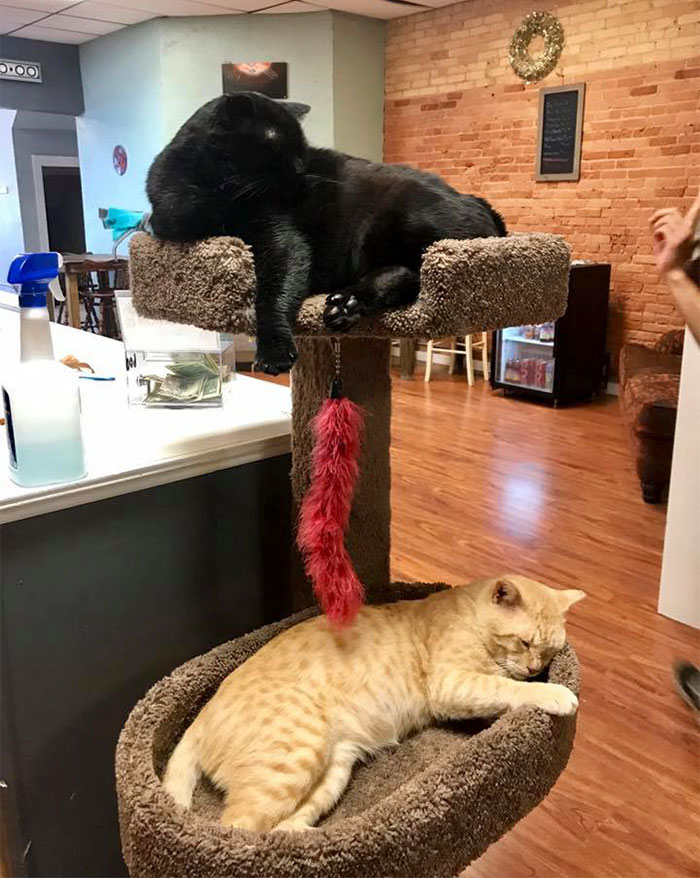 Shelters are vital for the well-being of millions of unfortunate animals, and need your donations to survive. Contact your local shelter for more info.