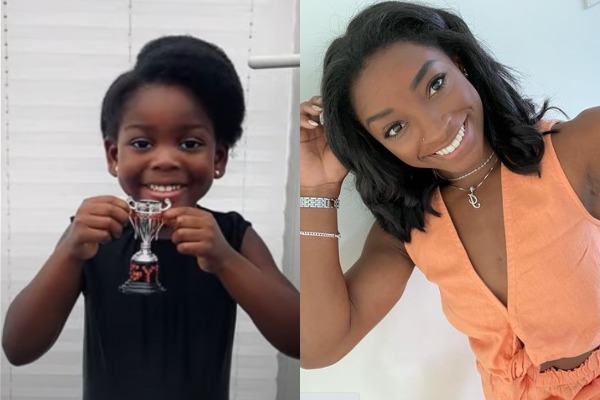 A young gymnast who was honored with the ‘Gymnast of the Week” award is dedicating her accolade to Olympic gold medalist Simone Biles.

Four-year-old Verity Ofori-Kuragu has been looking up to Biles since her mother started showing her YouTube videos of the star athlete. The United Kingdom native by way of Ghana started doing handstands when she was just 2 years old and fell in love with the sport after seeing British gymnast Joe Fraser showing off some of his skills.

“I assured Verity that when she turned 3 [in March 2020], we would enroll her to start doing gymnastics,” Verity’s mother Britta Ofori-Kuragu told Because Of Them We Can.

But after the pandemic put a halt on Verity’s gymnastics classes, she was introduced to Biles via YouTube and instantly realized how the US Olympian “looked like [her],” Britta said.

“I believe Simone has inspired her so much to keep going…I believe Verity sees herself in Simone, and this helps her to realize what is possible for her and other children as well, in terms of what they can do and achieve with practice and determination,” Britta said.

Verity won her “Gymnast of the Week” award around the same time that Biles took a step back from the Tokyo Olympics to focus on her mental health. After telling her daughter why she wouldn’t get to see Biles on television as much as they expected, Britta says Verity decided to share her trophy with Biles.

“HI SIMONE BILES, IT’S VERITY HERE…I LOVE YOUR GYMNASTICS, AND I’M SORRY TO HEAR YOU’RE NOT FEELING WELL. WELL DONE FOR TAKING A BREAK, AND I’M DEDICATING MY TROPHY TO YOU,” VERITY SAID IN A VIDEO. “I HOPE YOU GET BETTER SOON AND YOU’RE THE GREATEST OF ALL TIME. I LOVE YOU, SIMONE.”

The tot ended her video message by blowing a kiss to Biles.