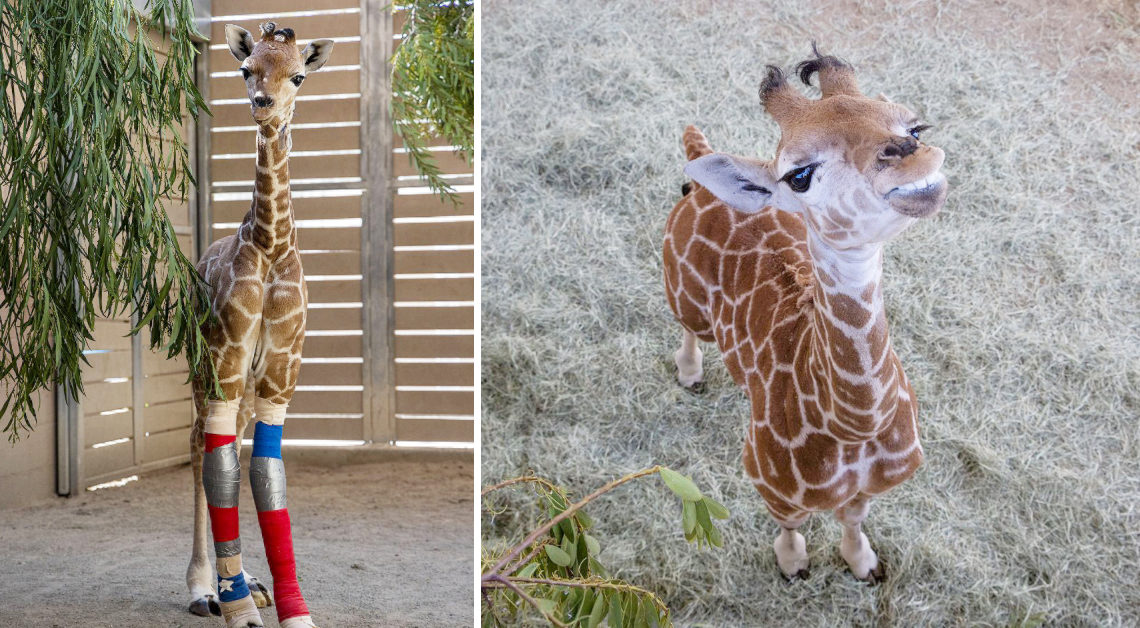 The zookeepers at the San Diego Zoo Safari Park were very worried after a mama giraffe gave birth to a baby giraffe with an unusual joint problem. Anyway, they came up with a creative idea to solve the problem.

So, the caretakers went to a national company called Hanger Clinic for help as it provides orthotics and prosthetics to human. Noticing the the baby giraffe’s hing legs were being put on stress by her front legs, that their joints bent the wrong way as they were hyperextended, they knew they had to help the giraffe, Msituni, who would not able to move or feed properly. 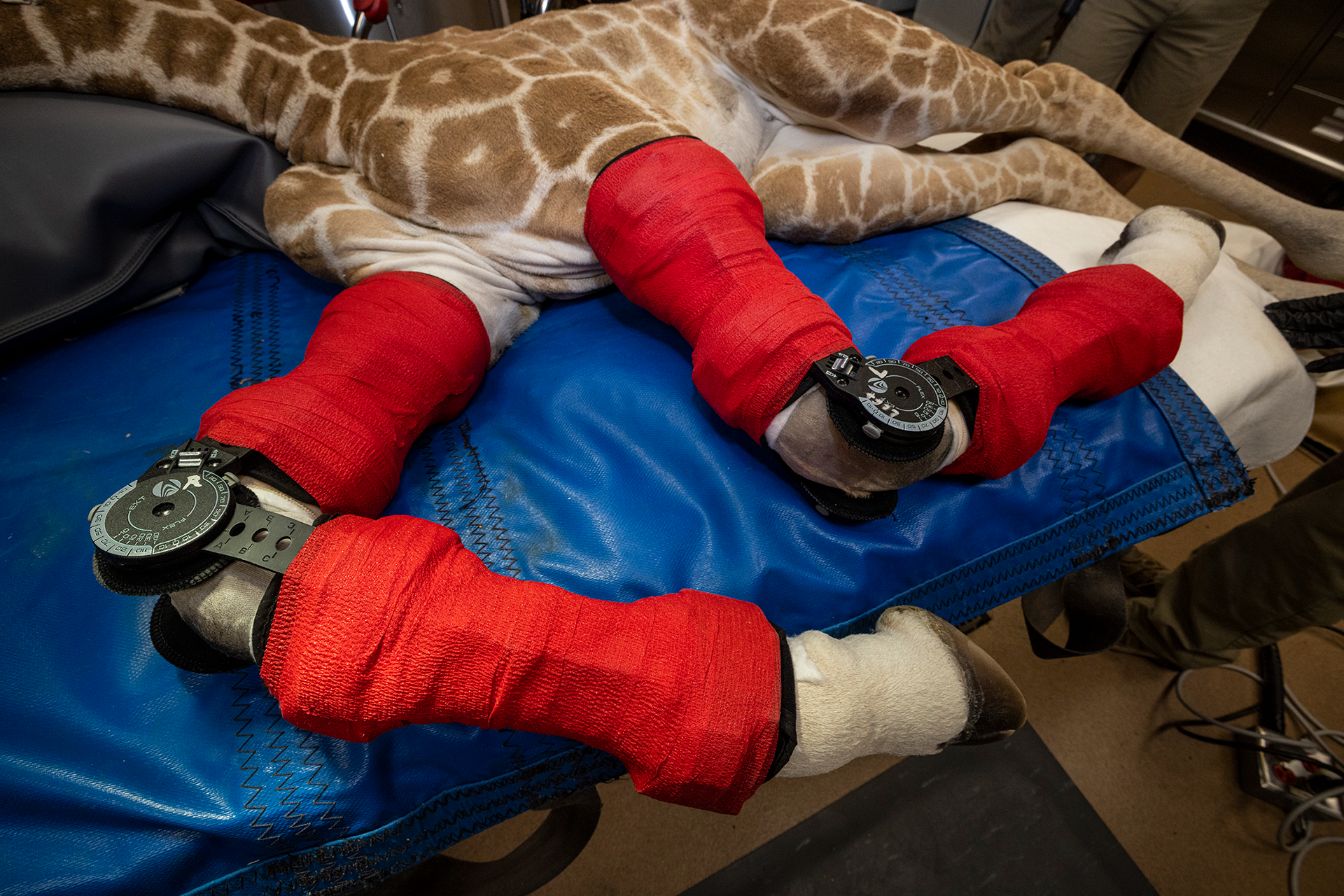 Thankfully, the baby giraffe underwent a surgery to get custom braces to fix her legs. Finally, the giraffe came back to the zoo after spending some weeks in the hospital. 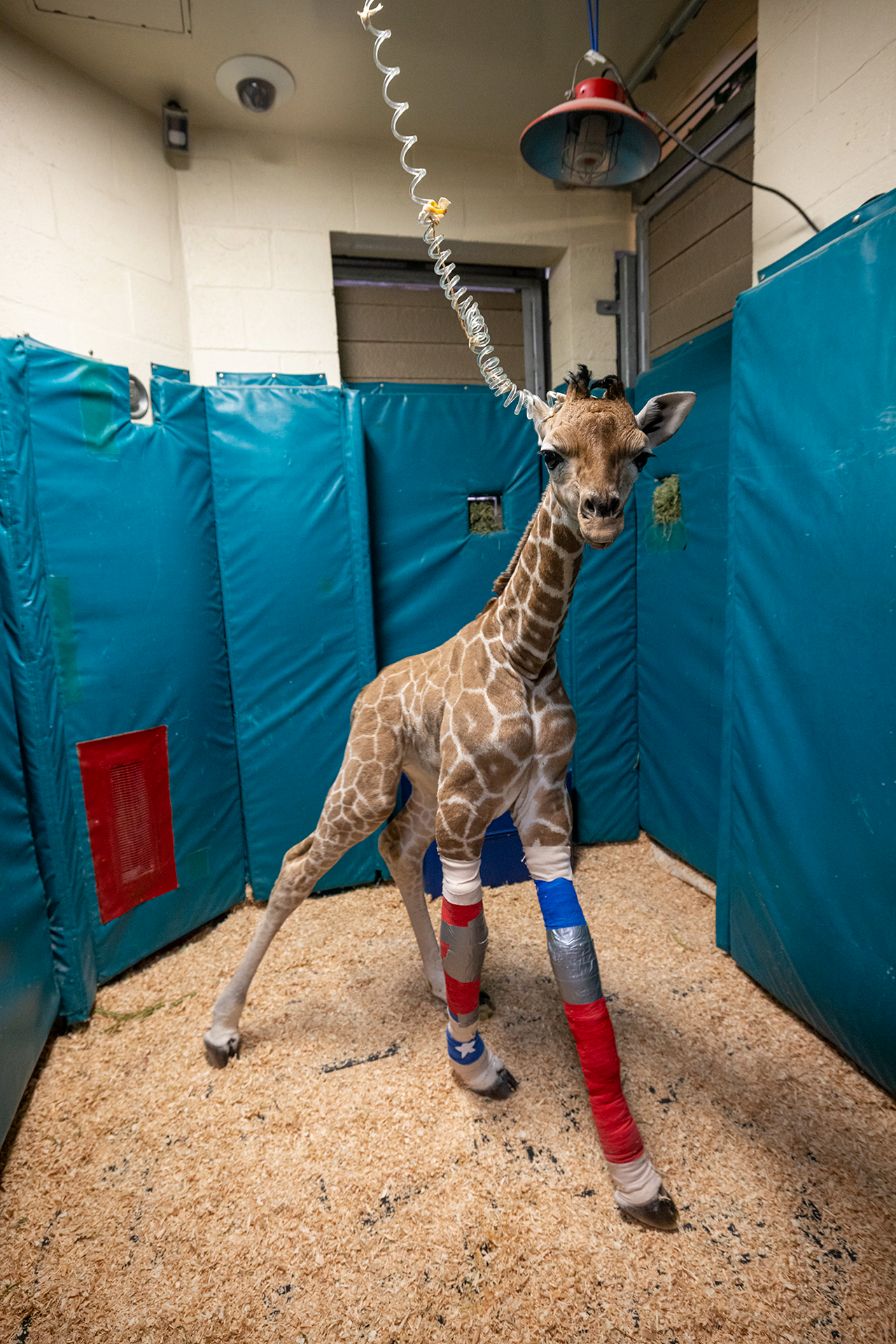 Unfortunately, her mama didn’t accept her after being away for a long time, so, she is now under the care of another mama giraffe called Yamikani, who gave birth to a baby just days after Msituni. Watch the video below.