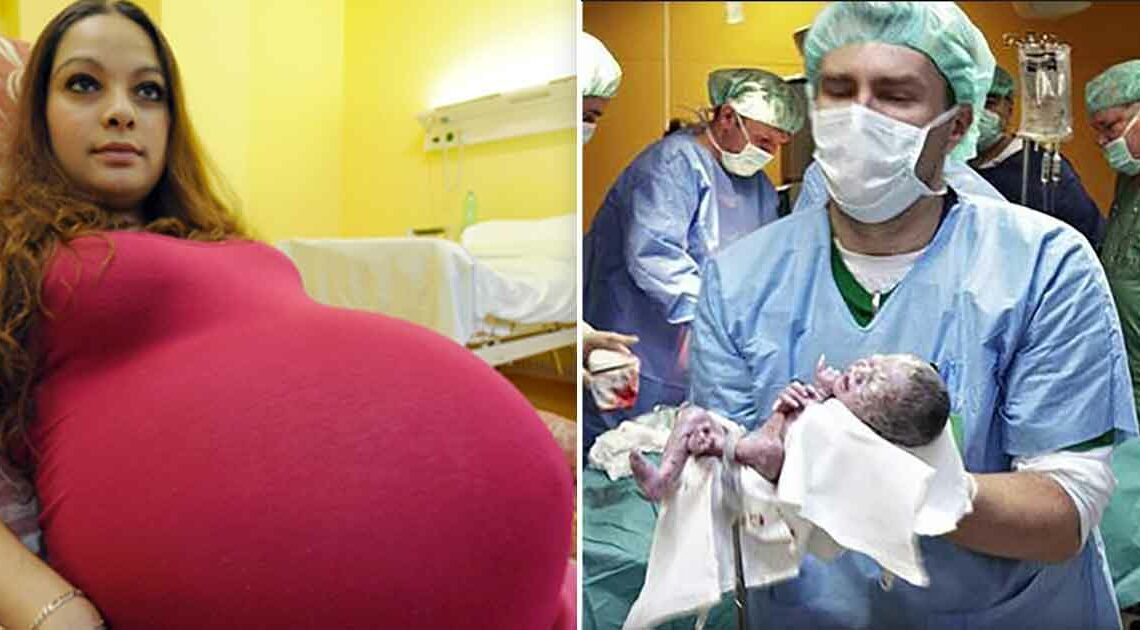 In the year of 2013, a couple from the Czech Republic, Alexandra Kinova and her husband Antonin witnessed the miracle of life and made history because of what they experienced.

The couple had a son and they always dreamed of having more than one child so when they learned that Alexandra was pregnant again, that brought real joy in the family. They were eager to welcome a baby brother or a baby sister for their lovely son.

However, after they went to the hospital for the first ultrasound, the doctors told them how they will not have just one, but two children. Seeing the babies on the screen made their hearts skip from happiness. They received the news with big smiles on their faces. But little did they know that this pregnancy will be one of the most extraordinary ones that the world has ever seen.

When the time for the second ultrasound came, the doctor had even greater surprise for the parents-to-be.

It turned out they weren’t expecting twins, but four babies. That stunned the parents who never though they could have so many kids.

The mom of one was about to become a mom of five. Or not? It appeared there was more news to come along the way.

Alexandra’s stomach grew so big that she would receive stares whenever she went.

During the next doctor’s visit, the couple found out something that was so overwhelming it left everyone completely speechless. They became a world sensation and magazines from all parts of the world were sharing their story.

This amazingly brave mother was caring five babies. The chances of being pregnant and giving birth to quintuplets is one in seven million.

Everyone was looking forward to learn the sex of the babies and see if everything would go as planned. Thankfully, the head doctor of the neonatal unit said there were no complications and they welcomed five healthy babies, four of which boys and one baby girl.

The five-times blessed parents were over the moon and cried tears of joy.

The proud mother gave birth via C-section and marked history for being the first woman in the Czech Republic to give birth to quintuplets without undergoing any type of fertility treatments.

Antonin, the father, almost missed the big moment because he got stuck in traffic, but luckily, managed to arrive just on time.

The boys were named Deniel, Michael, Alex and Martin, whilst the little girl was named Terezka.

After they spent a short amount of time at the intensive care unit, the babies and their mother were ready to go home and start the adventure called life.

According to news.com.au, doctor Alena Mechurova explained: “In this specific country, we have been actively recording statistics of birth ever since 1949 and in that time, there has never once been a mention of quintuplets. As a matter of fact, quintuplets are birthed in the Czech Republic once in every 480 years on an average.”