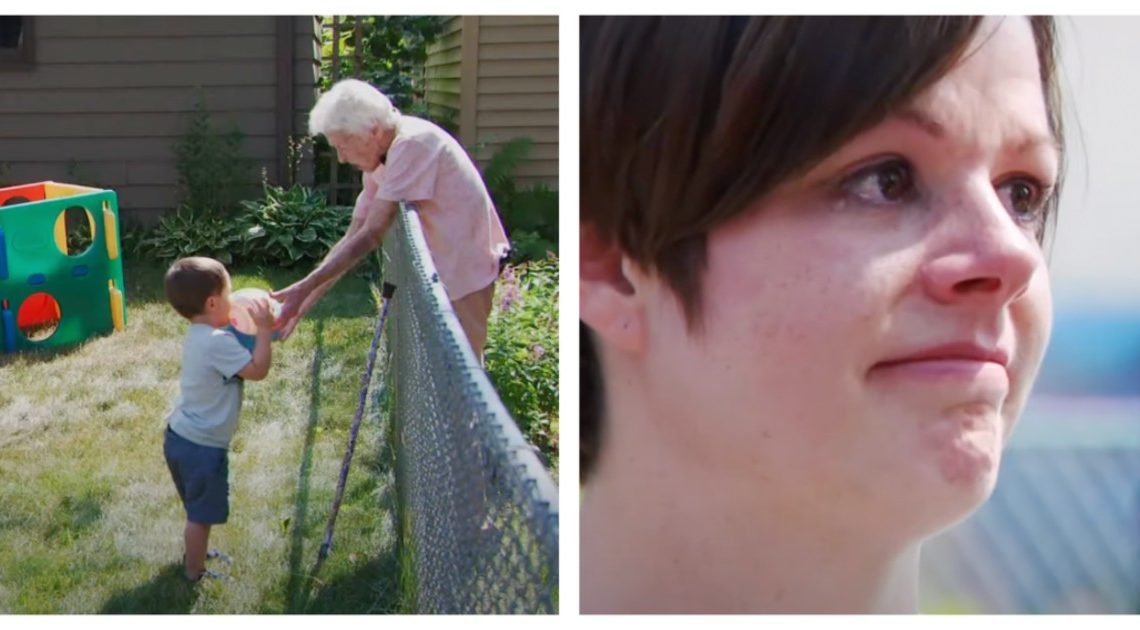 As everyone was forced to hunker inside due to the pandemic, a bright spot glimmered in one neighborhood in Minneapolis.

Two houses are separated by a low wire fence.

While they’re both separated by generations, these two souls nevertheless formed a bond that went beyond the fence that separated them.

“Benjamin just turned 2 years old, we’ve been neighbors with Mary long before he was born,”

She described Mary O’Neill as an independent woman.

They barely saw her outside back then, but when the pandemic hit and their worlds were reduced to their backyards, the Olson began seeing Mary more.

Benjamin, who sometimes wobbles after just learning how to walk, would shuffle towards the fence to greet Mary. The first game they played was “cane ball”. Benjamin would carry a big ball to the fence where Mary could reach over the fence and “kick” the ball using her cane.

Back then, O’Neill, who lost her husband 37 years ago, would interact with Benjamin from a distance.

She’d give a wave or a smile from behind the window. Then, after venturing outside to say hello, the two of them became inseparable.

“Sometimes he’ll get up and grab a piece of sand or a rock and give it to me as a gift,” O’Neill shared with TODAY. “He makes me feel good.”

O’Neill became isolated when the pandemic hit. She had been alone, playing Yahtzee all by herself. But now, her childlike spirit came alive. They’d play bubbles, water guns, and the vintage toy trucks she bequeathed Benjamin.

While Benjamin’s best friend couldn’t keep up with him as much, the little boy is still happy to have her as a friend.

“She’s just Mary, or in the past couple of days, he’s been calling her ‘Mimi,’” Olson told CBS. “We’ll be playing inside and he’ll go, ‘Mimi? Mimi?’ and we’ll go outside and look for Mimi.”

And for O’Neill, Benjamin and his little brother meant a lot to her too.

Her house was adorned with photos of her children, grandchildren, and great-grandchildren – but with two tiny additions into those places of honor.

Now that pandemic restrictions have eased, Benjamin’s fence door unlocks and the little boy, finally, crosses to the other side of the fence. He sat down with his best friend like two old buddies reuniting after a long while.

But both of them will always remember that while their fence once kept them apart, it also became a place where they got together. 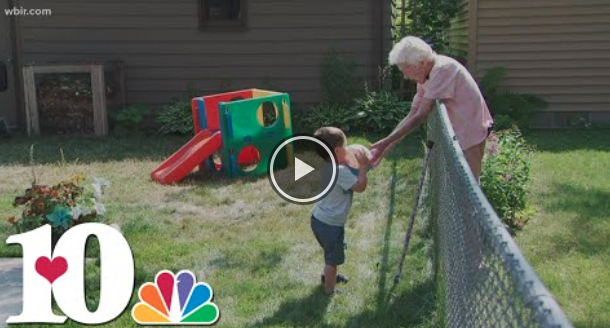