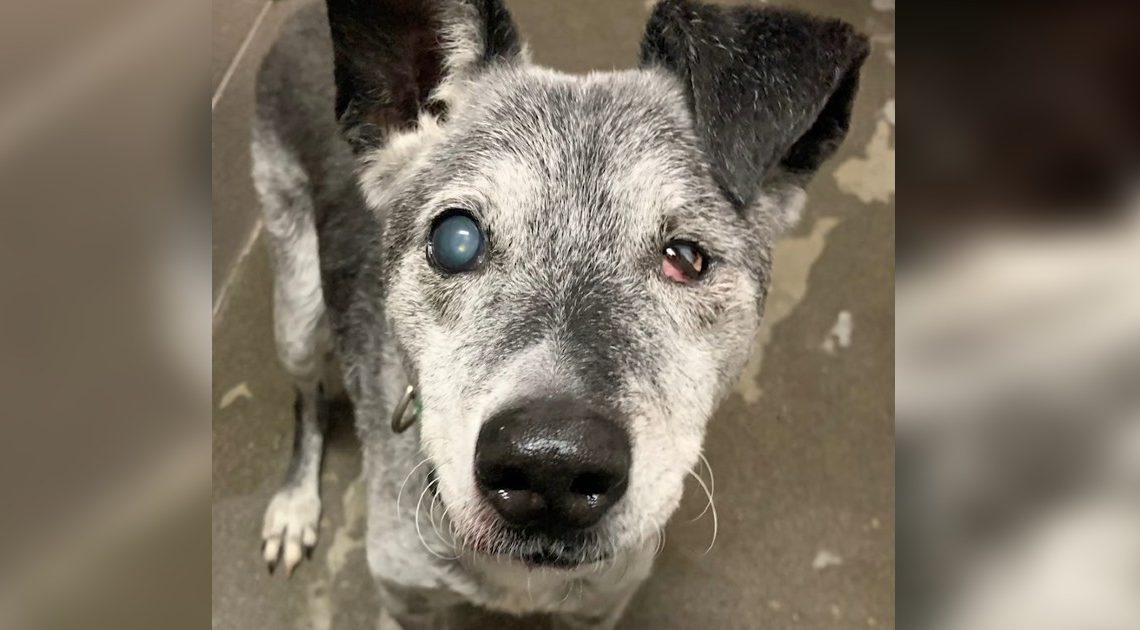 Ace thought that all is lost for him until one lady took him under foster. 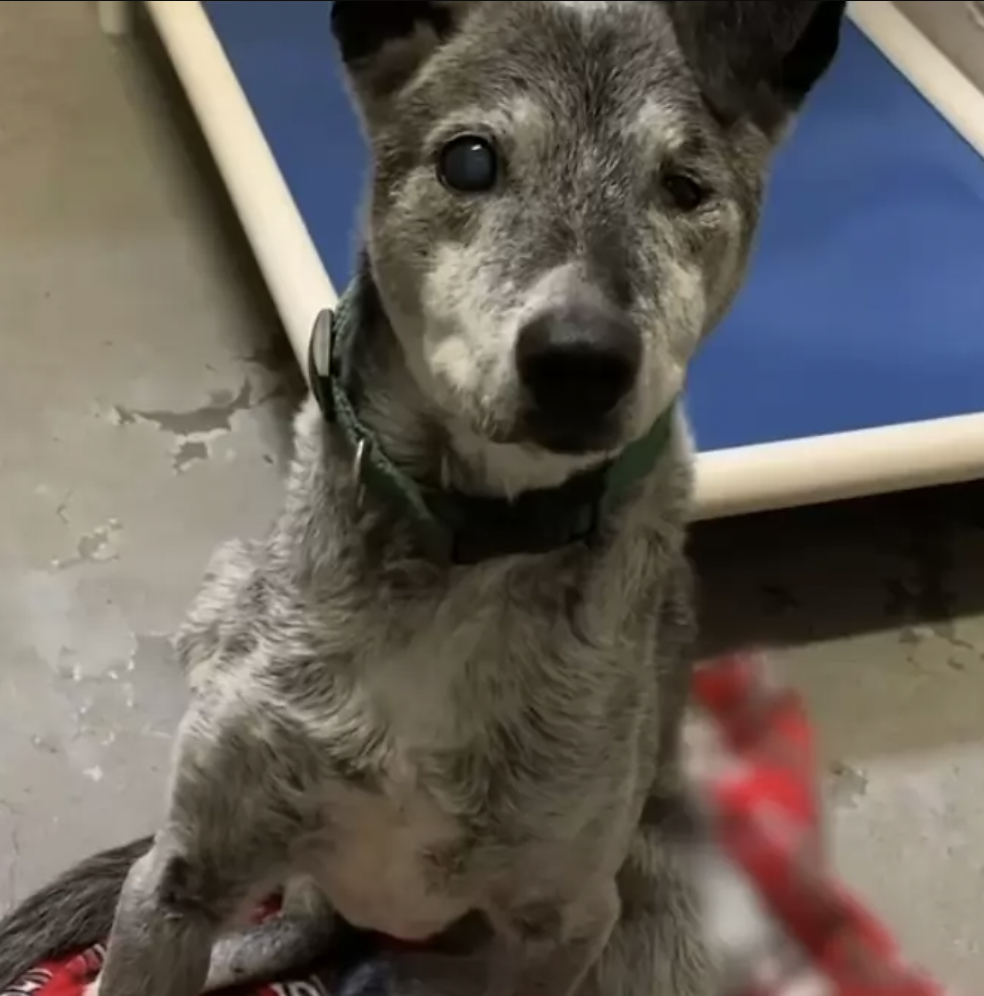 Ace is a senior dog. In fact, according to his papers, he’s 19 years old. It might not be much for us but for dogs, 19 years is almost at the edge of their full life. Life is hard as it is for him and when he was surrendered to a shelter, the wildfires broke out. The incident landed 150 miles from where he started.

The day after he arrived, Bonnie went to the shelter to see him.

With his graying fur, his glassy eye, and his failing teeth, it’s easy to believe that he has only a few years left in him. It wasn’t the case though when he walked with Bonnie the first time. 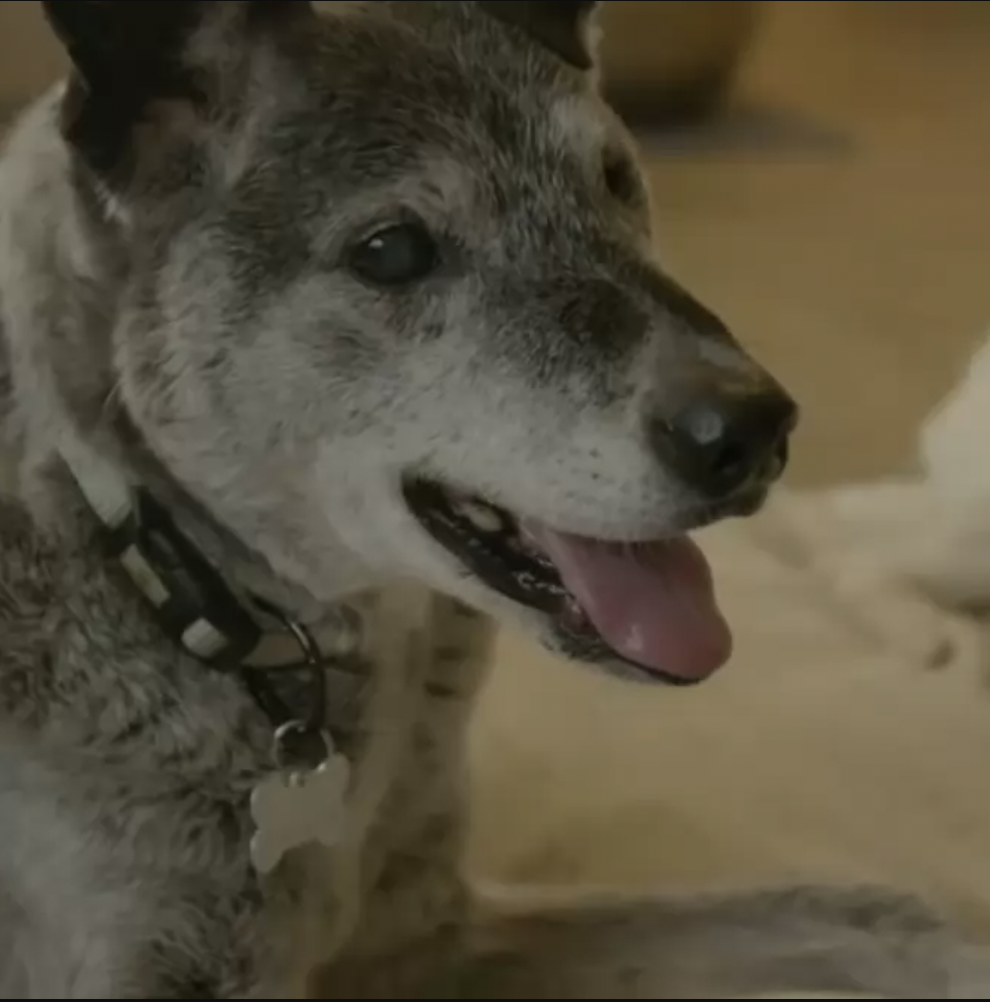 He was prancing like a much younger dog. He’s still as curious and as playful, stopping by anything that interests him. He always wants to give life a go, even if he can’t see very well.

Nothing stopped him from living the life he wanted.

Bonnie saw this spirit. She knew she had to take Ace out of the shelter and take him under her care. Her intention in fostering Ace was to make the rest of his life comfortable for him.

She knew he has been through a lot and spending his days in a shelter was the last thing he needed.

Hoping that someone will adopt an aging dog eventually, Bonnie introduced Ace to her home. She showed him around like a new tenant. They stopped by his bed, his water bowl, and his feeding station. 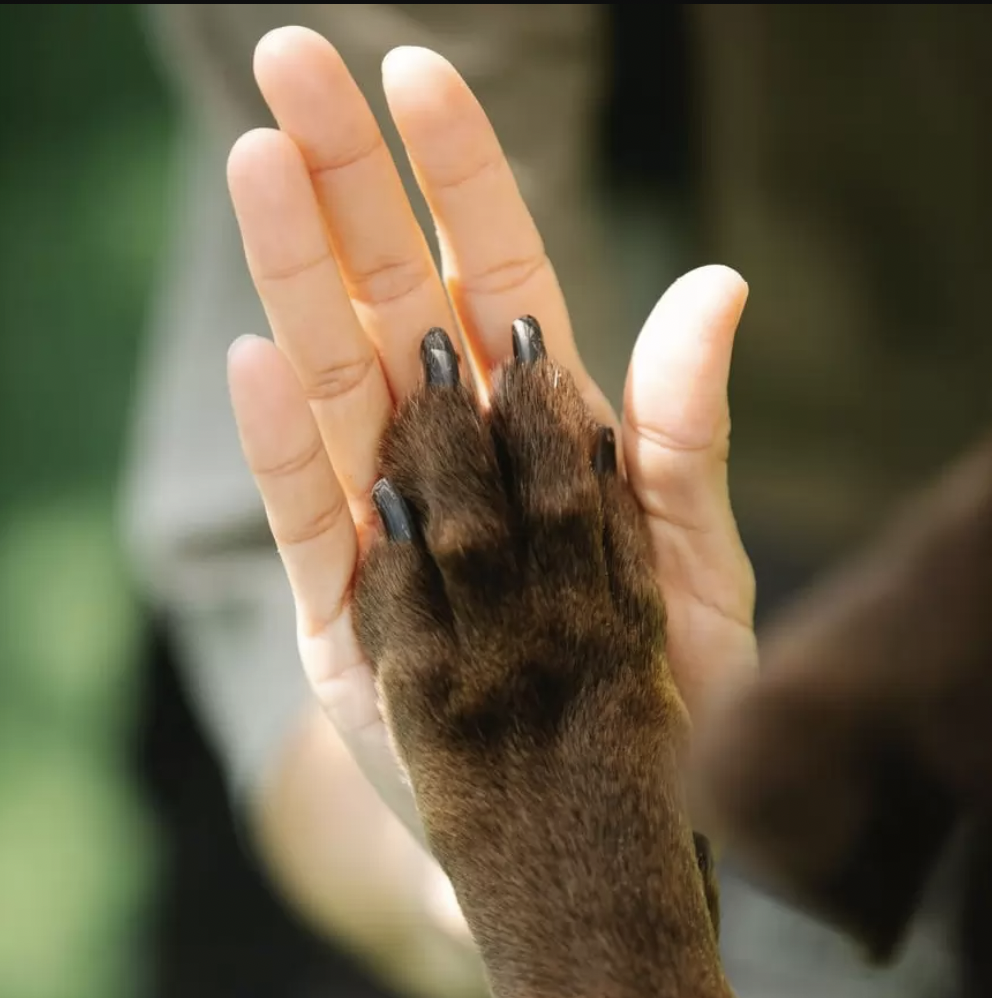 Bonnie’s dogs gathered around the senior dog but only to introduce themselves from a cautious distance.

He seemed a bit aloof towards his foster as well.

“When I first brought Ace home, he was very aloof.” Bonnie told the animal channel The Dodo, “He didn’t solicit attention. Didn’t seem to care if I pet him or not.” 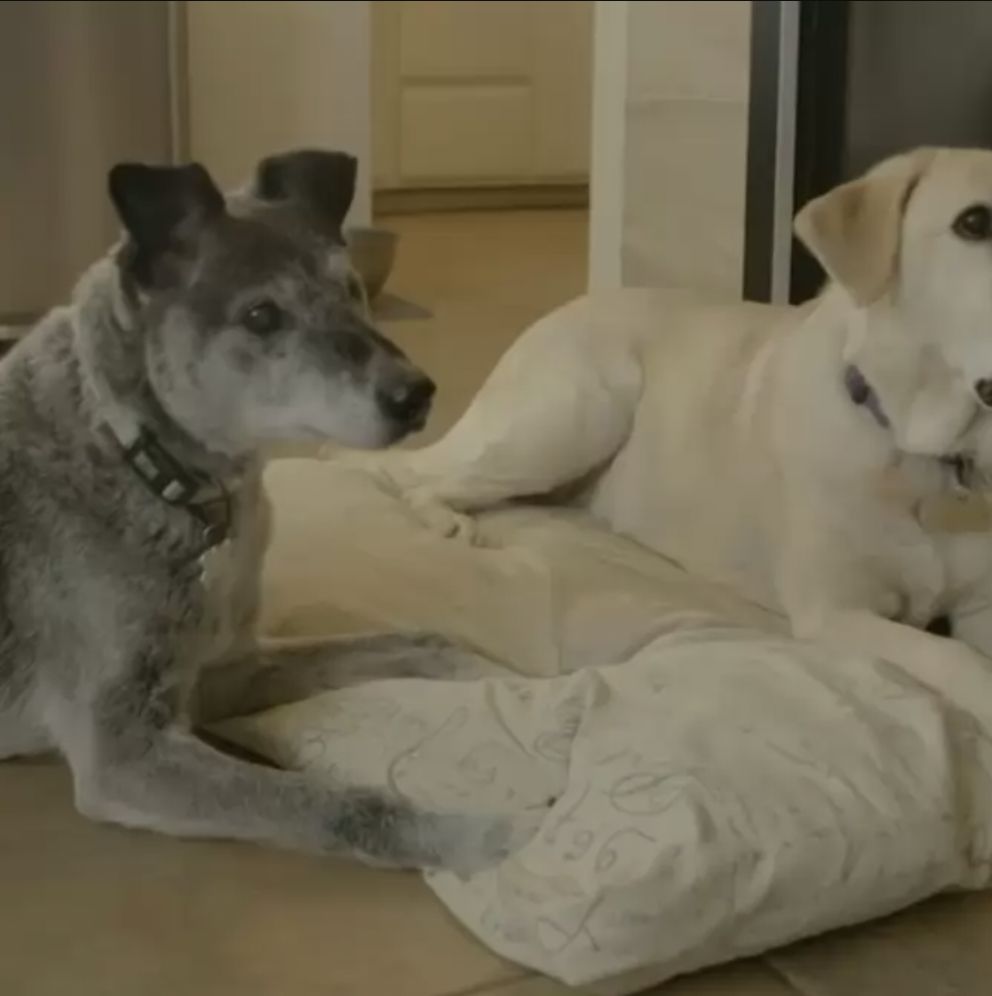 Things changed, however, after three months, when all of them became a bit more comfortable around each other. Ace started playing with the other dogs. He even plays tug with Rula, one of Bonnie’s bigger dogs.

In walks, he always wants to lead the pack. His years don’t seem to show with the energy he has. As far as he’s concerned, he’s a young dog living his best years.

But just like any foster, Ace would eventually leave her care. 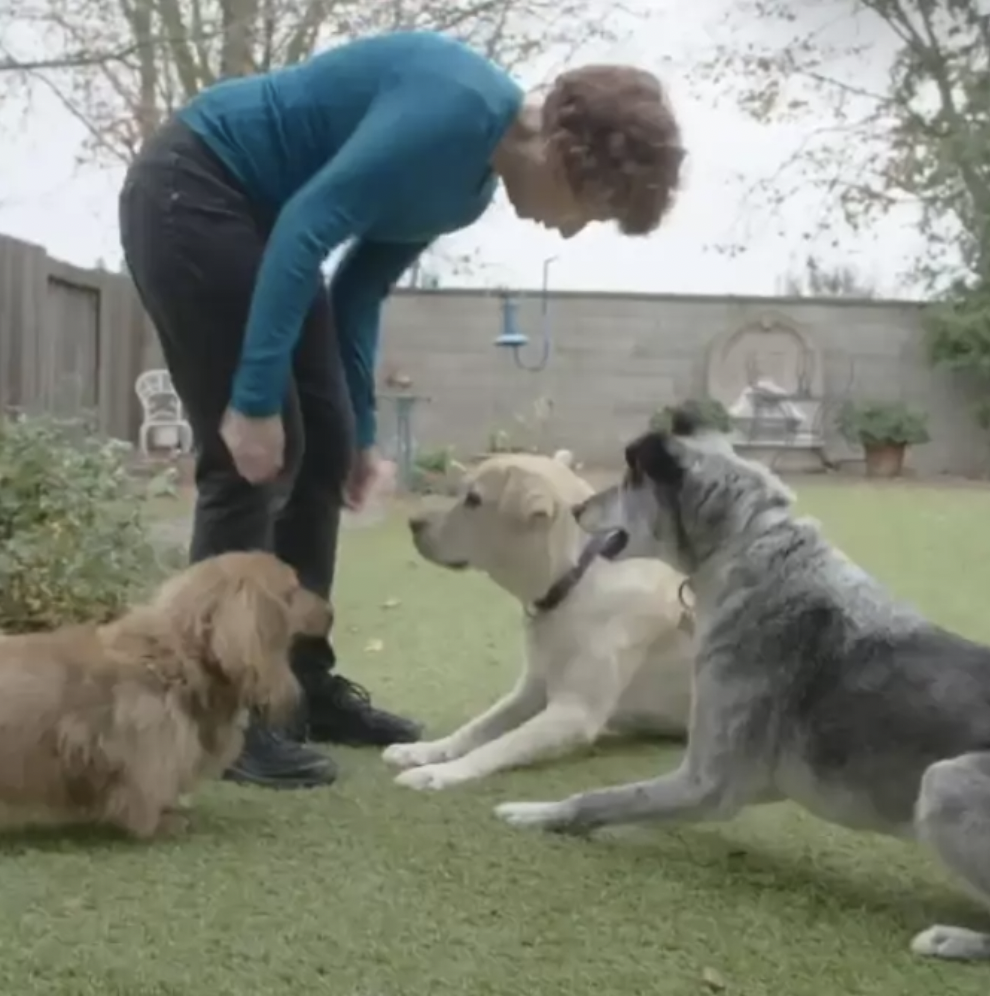 It was a bittersweet realization for Bonnie as it was the goal of her actions. However, just before Ace was given up for adoption, he had to undergo a dental procedure. His adoption had to be delayed.

It proved to be a good thing for Bonnie as Ace began to seek her affection and attention. And it was all she needs to make a decision. 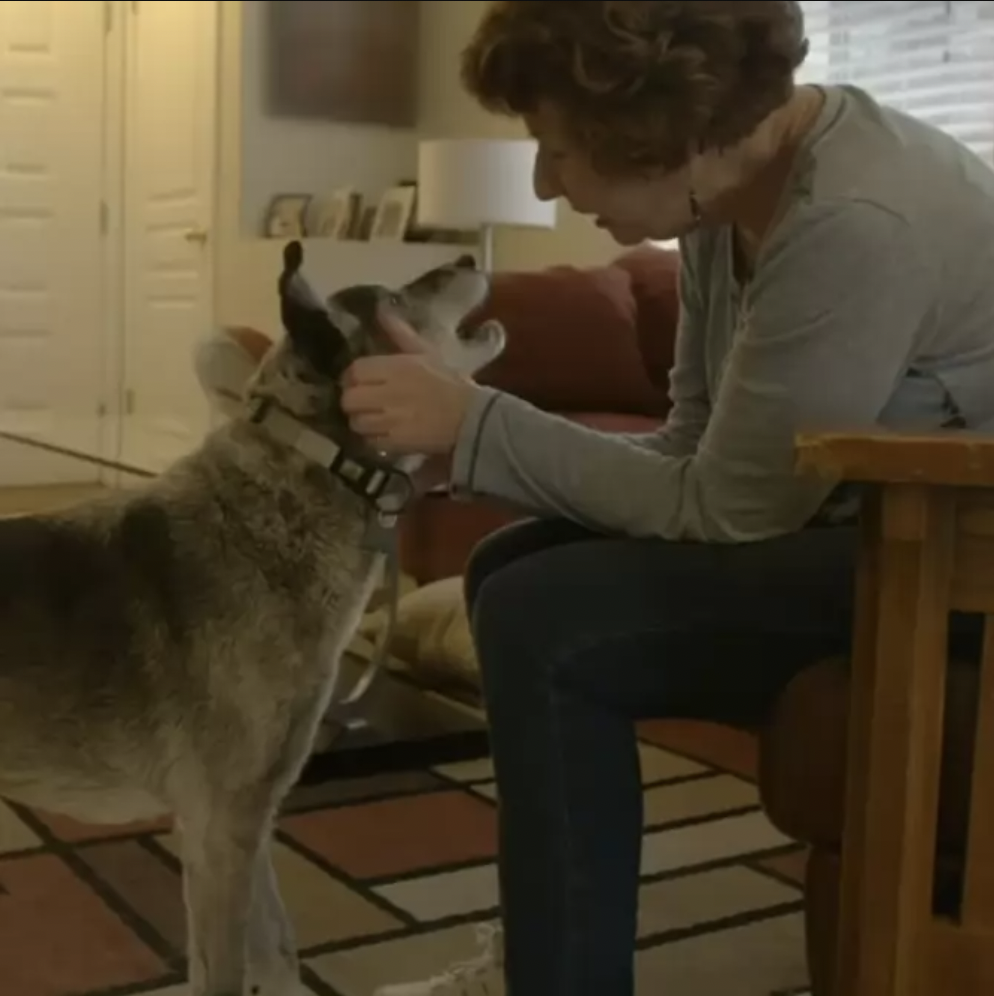 “When he first came up and put his head on my lap and started nuzzling me, it tugged at my heart.” She said to The Dodo, “That is when I decided that I was going to adopt him.”

The decision was easy for Bonnie.

For her, Ace has always been a part of their family and the adoption is just for formalities.

But to whichever the case, Ace finally found a home where he can be loved for the rest of his days. 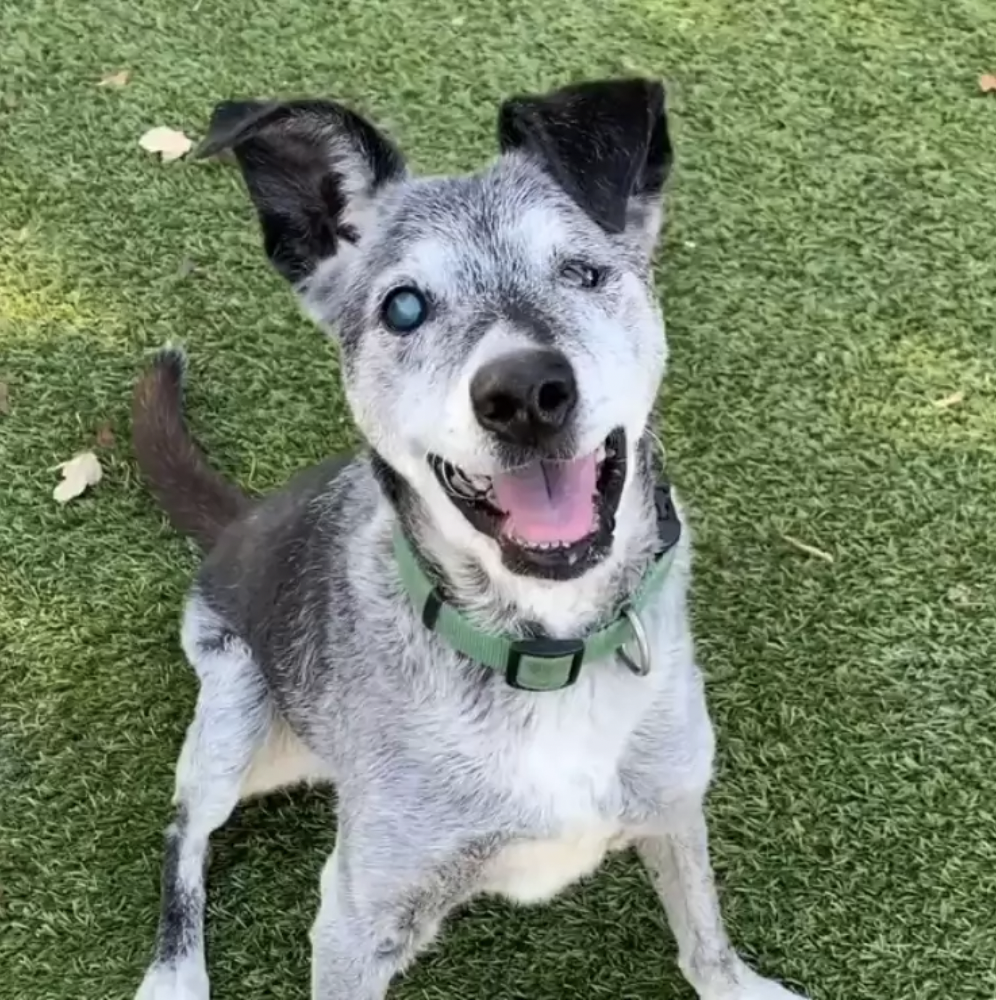 He might be 19 years old but we have a feeling that his best years are about to come.

Watch how this senior dog found a forever home when his foster took him in.