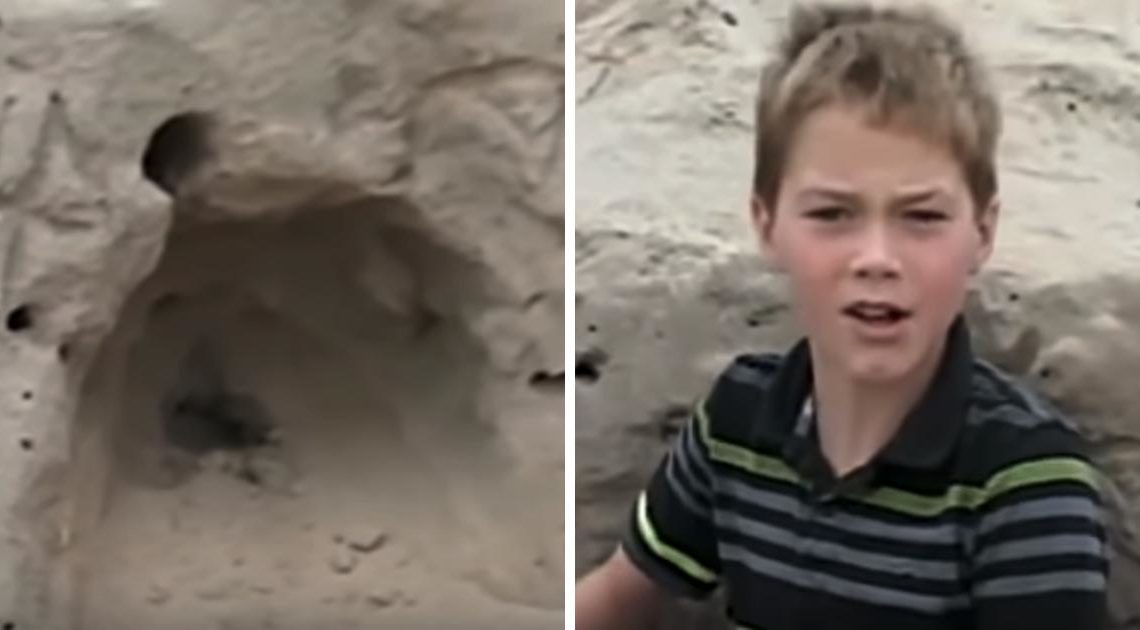 A fun summer day in the Marina Dunes quickly took a dark turn in July 2013 when 5-year-old Alyssa Bostic was buried alive in the sand. She became unconscious and unable to breathe. With no parents close by, 11-year-old Conner Fitzgerald sprung into action and pulled the little girl to safety before performing CPR on her. If it weren’t for his quick thinking, Bostic might have never made it out alive. 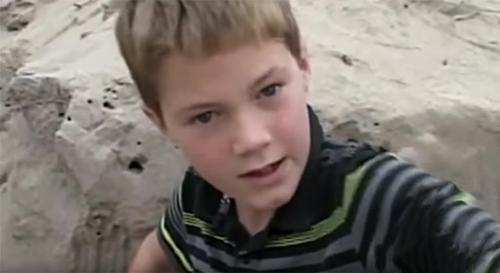 Speaking to KSBW news, Fitzgerald described the scene as “terrifying.” He first knew something was wrong when he turned around and saw Bostic’s bag on the ground. That’s when he realized she was trapped under the sand. “I started to dig here because I knew that’s where the head was,” he told the publication as he relived the scary experience.

Upon pulling Bostic out to safety, he realized she was unconscious and unable to breathe, with both her eyes and mouth filled with sand. He told reporters the little girl’s body was “limp” and “lifeless.” Paramedics would later say she was lucky to be alive.

“The girls came running off so I picked her up, dragged her a little bit up the hill, […] and I started doing CPR,” Fitzgerald recalled. 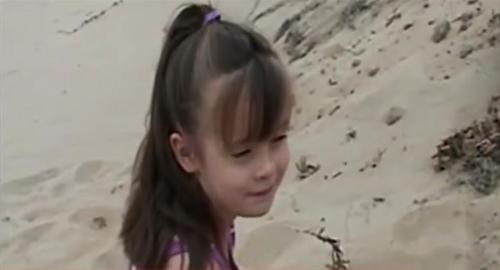 The incident took place as Fitzgerald, Bostic, and other local children played at the Marina Dunes in California. The kids were digging up a cave for Bostic. When she entered it, it collapsed on her, and she remained buried for several minutes.

“They dug it out pretty big so she could fit in there, and then it went down.”

Thankfully, Fitzgerald was there to spring into action just in time. His father, Tim Fitzgerald, has since said he is proud of his son’s quick thinking.

“I’m glad he was able to sit back and go, ‘OK, wait a minute, something’s going on. There’s not a parent here, I know they’re at least a quarter of a mile away, I need to do something,'” he said. 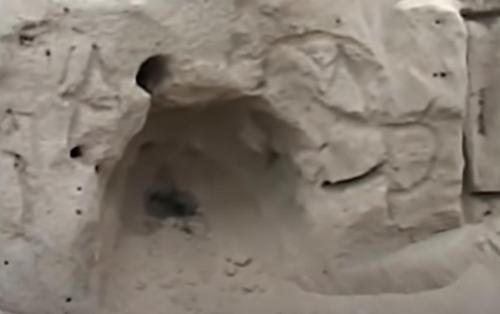 After dragging out Bostic from the collapsed cave, Fitzgerald performed CPR on the girl before running to his parents for help. His father immediately ran back down to the scene while Bostic’s dad called the emergency services. The paramedics arrived just minutes later, and just in time to save Bostic’s life.

Luckily, Bostic made a quick recovery. When reporters asked her how she felt, she cheerfully replied, “good!”

What made the story even more incredible was that Fitzgerald says he had no previous formal training or experience with CPR. Instead, he claims he picked up the skill from watching his favorite police drama: NCIS.

The local community has since hailed Fitgerald as a local hero. Shortly after the rescue, Bruce Delgado, Marina’s mayor, announced he would be honoring Fitzgerald at the following city council meeting on August 7. 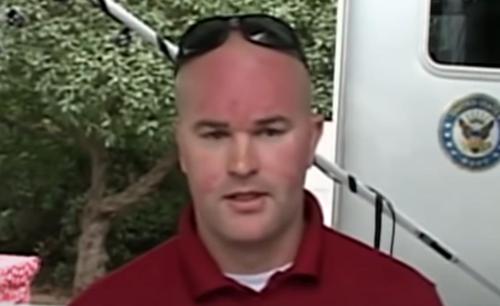 And the recognition did not stop there; Just a few months later, the American Legion of Auxiliary presented Fitzgerald with the National Youth Hero Award. First created by the National Children & Youth Committee, the award aims to recognize individuals under the age of 18 for their “heroism and helpfulness.”

Along with a certificate, the 11-year-old also received a shiny golden medallion with the words ‘Bravery, Courage, Fortitude’ engraved. The honor was bestowed upon Fitgerald by the president of the organization’s local chapter in a ceremony on November 11 that same year. Sherryl Paneck, chairman of Auxiliary Children & Youth, said the honor was extraordinary. “It’s one that the Auxiliary has never awarded before, so it’s a very special award,” Paneck said.

Upon receiving the award, Fitzgerald recalled the experience once more. He said: “I was there by myself and I dug her out and performed CPR on her.”

His doting father again praised his son for his bravery, reiterating just how proud he was of the boy’s actions.

“I think he would do it again tomorrow,” Tim Fitgerald said. “To him, to us, it’s not something, you know, that is extraordinary. It’s just that somebody needed help so I got to do something.” 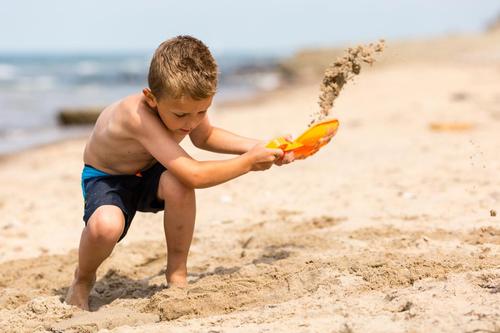 The incident wasn’t the first of its likes. According to Ocean City Today, several dozen individuals have lost their lives in a sand-digging related accident in the past decade. Bradley Maron, a Harvard researcher, estimated around 60% of sand hole collapses globally to end fatally.

OC Lifeguards Captain Brad Herzog told Mercury News in 2018 that sand holes have become a dangerous threat to which many are oblivious.

“It’s one of those dangers people don’t realize,” he explained. “People think it’s silly when we tell them not to dig a hole. A lot of people aren’t aware of the danger it poses.”

His remarks came following an incident at the South Laguna Highlights in California, in which a 7-year-old boy was buried up to his nose in a 4-foot-deep hole. Thankfully, lifeguards managed to rescue the boy in the nick of time.

“It sounded like his nose was just above the sand and he was able to breathe,” Herzog recalled. “Our lifeguards were able to dig around his mouth and get his airway open so they could dig him out.” 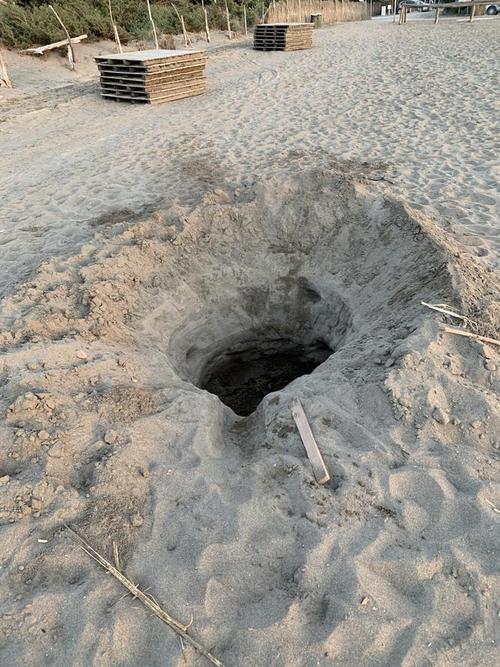 In 2019, in an effort to spread awareness about the dangers surrounding sand digging, the Midway Fire Rescue took to Facebook with a stark warning.

“Over the past few years there have been incidents where holes that have been dug in the sand have suddenly collapsed on the people inside,” they wrote last June, according to WMBF news. “These accidents have proven to be dangerous and even fatal.”

The firefighters explained that when a hole is dug more than a few feet deep, the walls can quickly collapse, entrapping whoever might be inside. They also cautioned that such holes pose a danger to unsuspecting beachgoers who might be walking or running down the shore when they suddenly fall in or trip over one. “Don’t let a hole that you have dug cause a twisted ankle or worse!” they wrote. Additionally, turtles risk becoming trapped in the holes and unable to free themselves.

Lastly, the firefighters explained that such incidents could hinder their work, as it is often difficult for them to reach the victims “both quickly and safely” with their vehicles on the sandy beaches.

We’re glad Conner Fitzgerald was able to rescue little Alyssa Bostic. Were you aware of the dangers surrounding sand digging? Let us know in the comments, and make sure you pass this along to your friends and family!

Please scroll below for more stories. 🙂